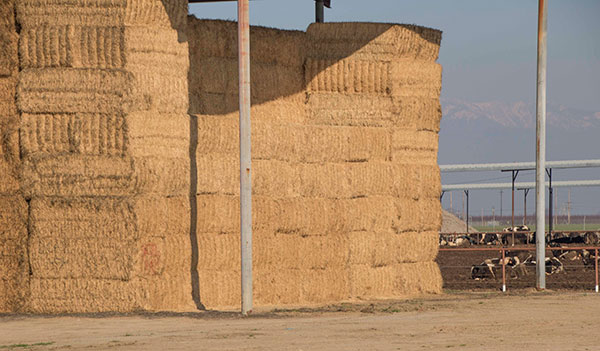 Though hay stocks were whittled down from a winter of feeding and export shipments, it apparently wasn’t enough to prompt an upward January price trend. Just the opposite occurred.

The largest month-to-month alfalfa hay price drops occurred in Idaho (minus $20), Oklahoma (minus $19), Pennsylvania (minus $16), Michigan (minus $10) and Nevada (minus $10). Significant price increases belonged to Arizona (plus $20), Wisconsin (plus $12) and Ohio (plus $10). Data for individual states is presented in the table below. 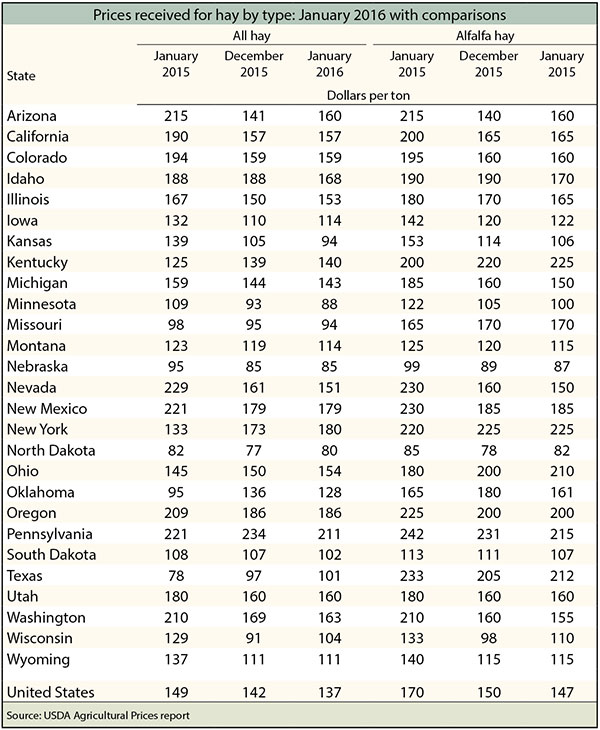 Mitigating aluminum toxicity in alfalfa Next

Alfalfa harvest damage: Is it a big wheel? Previous