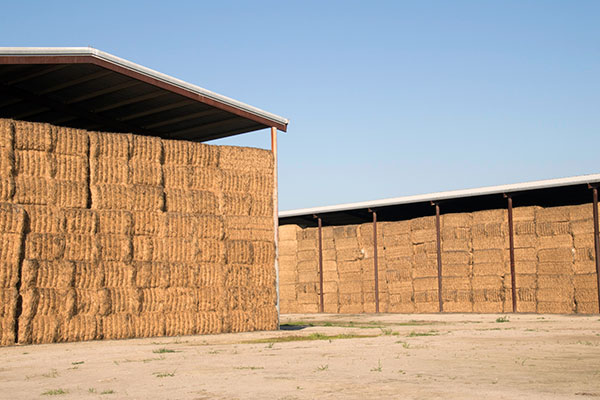 All-hay and alfalfa July average prices each dropped slightly in USDA’s most recent Agricultural Prices report released last week. The all-hay price dipped $3 from June to $131 per ton, which is $21 per ton lower than July 2015.

For alfalfa hay, the largest price declines came from Oklahoma (minus $16 per ton), Wisconsin (minus $15), and Minnesota (minus $11). Conversely, large price hikes were reported in Ohio (plus $30 per ton) and Michigan (plus $25) — two states where drought conditions have plagued certain regions during the course of the summer.

For 2016, the U.S. alfalfa average hay price started the year at $141 per ton, reached a peak of $154 per ton in May, then declined to current levels through summer. 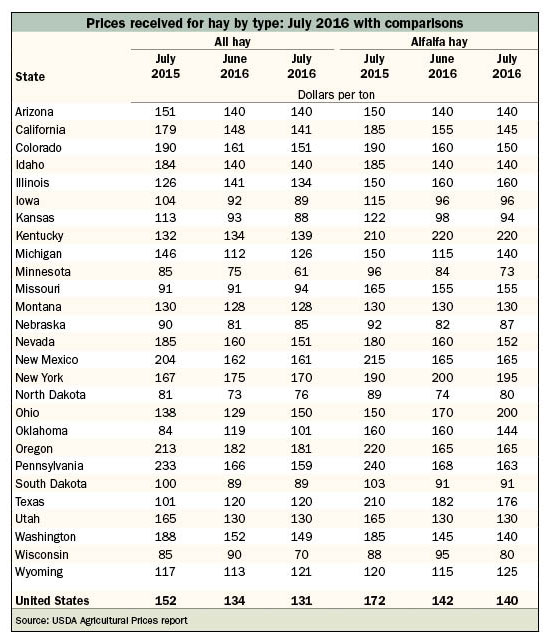