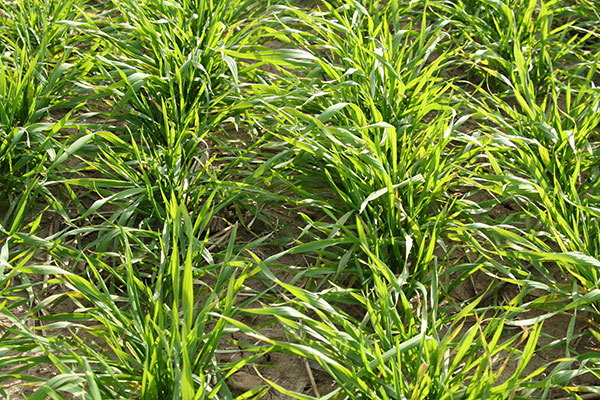 With a depressed wheat market, grazing wheat may be a popular choice this winter. Grazing-out wheat through next spring and forgoing a grain crop is also an attractive option.

With favorable soil moisture and soil temperatures, early planting can begin in late August and extend into early September. “In Oklahoma, current conditions are encouraging for early wheat establishment for fall and winter grazing,” says Peel in Oklahoma extension’s Cow/Calf Corner newsletter. Most of the major wheat areas in the state have received 1/2 to over 2 inches of rain.

The typical winter grazing period in Oklahoma is roughly 120 days, starting around November 1 and ending about March 1. Purchasing 400- to 500-pound stockers and expecting to sell 650- to 800-pound feeder animals at the end of the grazing period is common.

If wheat graze-out is already planned at this point, keep these considerations in mind. “Grazing a single set of stockers for winter plus spring graze-out is challenging,” Peel says. A light beginning weight, 375 to 425 pounds, will be necessary to finish graze-out in early May with about a 900-pound feeder.

Due to significantly higher stocking densities for graze-out, a single set of stockers will likely only graze-out a portion of winter grazed acres. Another option is to plan for two sets of stockers and market the first set in January followed by a second set completing graze-out in May.

Peel says that choosing the purchase and target selling weights for both sets of stockers will vary depending on the chosen graze-out option. For example, 550-pound fall stockers could be marketed at about 750 pounds in mid-January. A second set of 550-pound stockers put on wheat in mid-January may reach 850 pounds by early to mid-May due to higher graze-out rates of gain.

Fall pasture availability and adequate hay supplies can provide additional timing flexibility in backgrounding stockers for fall and winter grazing programs. Finally, Peel reminds producers that wheat variety selection will be affected by whether they choose the dual-purpose or graze-out strategy.