Corn silage may feed different in 2016 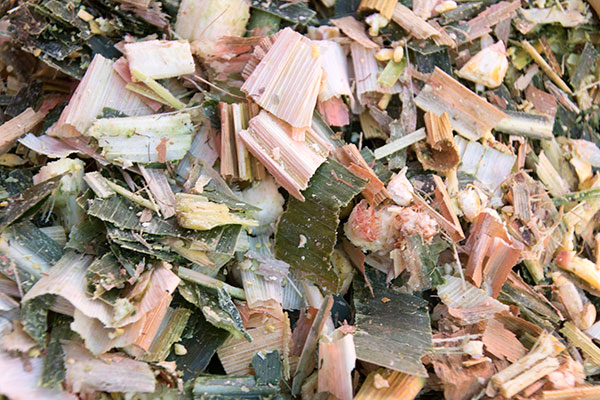 This was one of those years where making generalizations about growing conditions was difficult, even within the same state or sometimes county. Such was the case in Pennsylvania, New York, and some New England states where some areas routinely made an appearance on USDA’s Drought Monitor as an undesirable shade of brown or red.

A first look at fresh corn silage samples from Dairy One Laboratory (Ithaca, N.Y.) seems to indicate that feeding this year’s crop will be different than 2015, especially where moisture stress occurred.

“Starch values are up from what we saw in September of 2015 and higher than the 14-year average,” says Sally Flis, feed and crop support specialist for Dairy One. “The drought conditions in parts of New York and Pennsylvania caused plants to be shorter but with normal or larger ears.”

Fresh corn silage samples from New York farms averaged 33.6 percent starch in 2015; this compared to 34.6 percent in 2016 (see table). The spread was even greater for Pennsylvania where 2015 samples averaged 33.8 percent, while 2016 corn silage starch jumped 37.2 percent.

Because of the higher starch content, Flis noted that corn silage harvested in New York and Pennsylvania during 2016 will store and feed differently compared to 2015.

“Higher starch content may impact fermentation,” Flis explains. “Though starch digestibility was actually lower in this year’s samples, the net result may be similar to normal years because starch content is higher.”

Starch becomes more digestible the longer silage is in storage. Flis warns that in some cases starch content in the ration may get too high in the months ahead if rations are not closely monitored.

“Starch won’t be the only thing to watch,” Flis notes. “Lower NDF and much higher NDF digestibility mean that total diet NDF concentrations will need to be watched closely.”

To conclude, Flis thinks that the 2016 corn silage crop should “make milk,” but diligent ration monitoring will be needed to avoid rumen acidosis issues.

Don’t take too much of a good thing Previous