Get ahead of tall fescue problems this fall 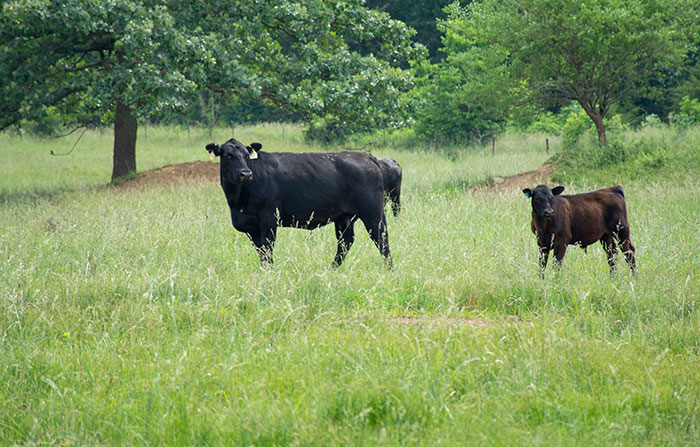 If you have experienced issues with tall fescue toxicity in the past, there are some things that can be done this fall to help mitigate future problems, according to Chris Penrose, extension educator at The Ohio State University.

Tall fescue poses a problem because of the adverse effects it has on cattle. Grazed at the wrong time of the year and in abundance, it can lead to prolonged pregnancy, low milk production, abortions, and other problems in mares. In ruminants, hoof loss, elevated body temperatures, rough coats and fleeces, and other problems can occur.

These problems are caused by a microscopic fungus (endophyte) in the plant that produces alkaloids. Ironically, it is this same fungus that makes the fescue plant persistent and tolerant of many plant pests. It is also well adapted to soils lacking in fertility.
“During the grazing season, animals will often graze other foliage before they graze fescue,” Penrose explains in the Ohio Beef Cattle Letter. “So, if you have poor soils and do not rotationally graze, you are inadvertently selecting for tall fescue because animals will typically graze other species first.”
As negative as this all sounds, tall fescue has positive attributes. Along with its good performance in poor soils, tall fescue grows and stockpiles well in the fall.
Following a frost, the level of toxicity in infected fescue drops. Fescue also becomes more palatable as sugar levels rise.
“Yields of over 1 ton per acre can be expected when stockpiling tall fescue,” Penrose states. “When 50 pounds of nitrogen per acre is added at the beginning of stockpiling, a 1,500-pound yield boost is possible along with a higher crude protein content.” This assumes timely rainfall is received.
Fescue Mitigation
If you choose to utilize tall fescue, there are several things that can be done to moderate its negative qualities. One thing is to make sure pasture soil fertility is where it needs to be.
“Fall is a great time to lime fields so it can react with the soil prior to adding fertilizer next year,” Penrose states. “This will give other forages a better chance to compete with the fescue,” he adds.
Dilution may be another solution by establishing and maintaining other plant species in a stand of toxic fescue.
“One of the most economical ways to introduce new forage species is by frost seeding in February and March, but there must be exposed soil,” Penrose explains. “To accomplish this, graze fescue heavily through the fall and winter.”
Another option that some producers take is to totally eliminate any toxic tall fescue.
To completely rid a field of infected fescue, no viable seed from an infected plant should be allowed to develop for at least one year. “The fungus in the seed will usually die after a year,” Penrose says.
He also advises that if you plan to reseed, cut or harvest the field in May before the seeds become viable and then kill off the vegetation and plant a summer “smother” crop. In early August, either till the soil or apply a burndown herbicide before planting a new crop. In some cases, two cycles of smother crops are needed to totally eliminate the existing toxic tall fescue.
Lastly, maintain soil fertility according to soil test recommendations. Utilize rotational and intensive grazing to minimize selective grazing. This will allow other forages to compete.

A September bump for hay prices Next