Corn and alfalfa play nice together 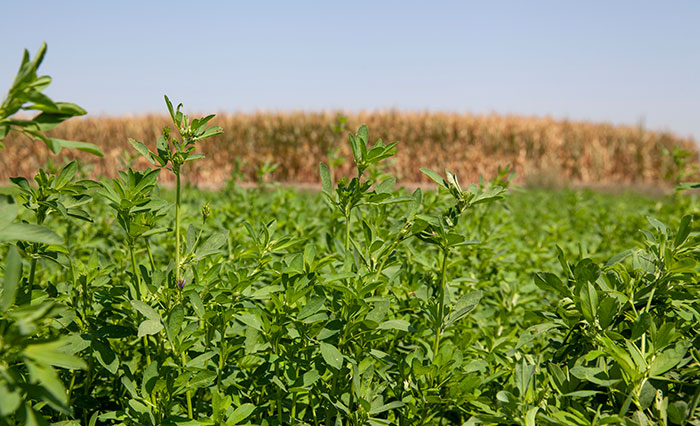 Alfalfa and corn balance one another out in forage systems across the Midwest and Northeast. When both are included in diets, their complementary nutritional components can be incredibly beneficial to livestock. Growing corn and alfalfa in conjunction with each other also improves the economic and environmental sustainability of crop and livestock production.

A study, which began in 2010 at two UW agricultural research stations, is evaluating the effect that alfalfa-corn rotations have on grain and forage yields. The alfalfa was established in the spring of the year following corn production. Nitrogen fertilizer was applied to all corn, with the continuous corn system getting 30 pounds more per acre than the rotational systems.

Lauer notes that the study has only completed one rotation cycle. Future years will reveal if a corn grain (residue remains) or corn silage (residue removed) harvest has any impact on long-term yields.