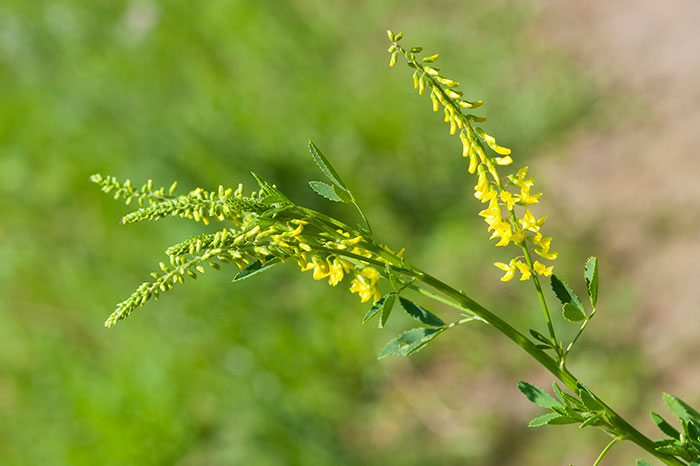 In some regions of the U.S., yellow sweetclover is flourishing. With a biennial lifecycle, sweetclover exhibits very little top growth in the first year and then produces tall stalks during its second season of growth.

Ehlert writes in a recent South Dakota State University Extension Livestock Newsletter article that sweetclover can be a nutritious addition to pastures and hayfields if it is managed properly.

“Unless sweetclover is allowed to get tall with heavy stems, it is easily digested by livestock and is a good source of energy,” says Ehlert. “Like other legumes, it is also high in protein.”

Grazing sweetclover provides no potential health issues other than a possible bloat risk similar to many other legumes. Making hay from sweetclover is a bit more concerning.

“Sweetclover contains a substance called coumarin, which is converted to dicoumarol by fungi in moldy hay,” Ehlert explains. “The coumarin is what gives sweetclover its ‘sweet’ smell. Dicoumarol is an anticlotting agent that causes cattle to hemorrhage severely, and the conversion of coumarin to dicoumarol can occur even if there is only a little mold in the hay, so mold level is not a good indicator of the dicoumarol level. The best means to prevent sweetclover poisoning is to be sure the hay is well cured and dry before baling,” she adds.

Contributing to the potential problem is that mature sweetclover has thick, strong stems, which are difficult to dry down to an acceptable baling moisture. Ehlert recommends cutting sweetclover when it is relatively immature if haymaking is desired. Baling it into large, dense bales can worsen the problem because mold formation in damp hay will be a high probability in the core of a large bale.

“In cattle, there may be no apparent signs of any poisoning issues because the bleeding is internal,” Ehlert says. “One visual sign to look for is black, tarry manure caused by internal bleeding into the intestinal tract.”

In addition to internal bleeding, Ehlert notes that there are reports of sweetclover poisoning causing reproductive problems in cows. Dicoumarol can pass into the fetus and cause fetal death and abortion. This is more of a problem in later gestation during the winter when pregnant cows are consuming sweetclover hay. This has not proven to be a problem on grazed sweetclover.

The extension specialist notes that making haylage or baleage is a means to minimize the risk of sweetclover poisoning as a stored forage. She emphasizes, however, that the fermentation process must be rapid and complete so that mold growth is suppressed.

Rolling the dice on a fall alfalfa harvest Next