There’s a limit to potassium fertilization 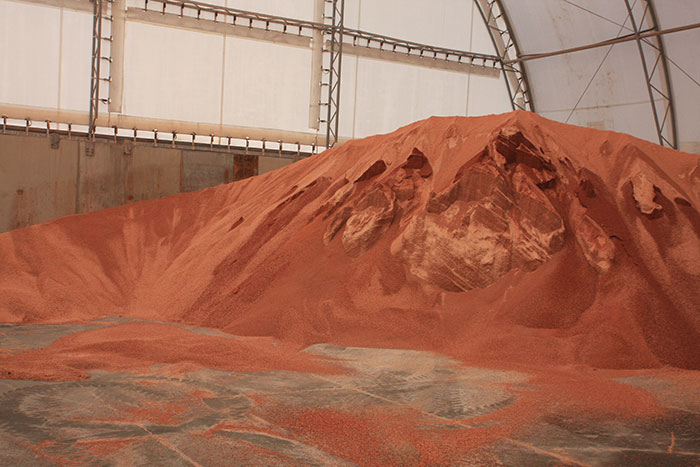 If you grow alfalfa, then you also probably know that the species is a big-time user and remover of soil potassium (K). The crop can easily remove 50 to 60 pounds per acre of K per dry matter ton harvested.

Although alfalfa has a strong need for K, too much of a good thing can be economically detrimental and, given alfalfa’s propensity to luxury consume, may even contribute to hypocalcemia (milk fever) in dairy cows.

In a recent issue of Forage Focus from the Midwest Forage Association, researchers at the University of Minnesota recently reported on a study where 0 to 360 pounds of K were applied annually to six widely grown, modern alfalfa varieties (fall dormancy 4 or 5) at three different locations in the state. Each location had different beginning levels of soil test K, ranging from low (35 parts per million) to high (160 parts per million).

The alfalfa was harvested at bud stage, either four or five times per year, to maximize yield and forage quality potential.

Based on their forage yield and persistence (stem density), variety response to K fertilization was similar. In other words, no single tested variety was more or less responsive than another.

The overall effect of K fertilization on yield, forage quality, and stand persistence varied with the initial soil test K level of the site. Not surprisingly, the site with the low-testing K soil experienced the greatest response to increasing levels of K application. The high-testing soil site flatlined for yield from 0 to 360 pounds of K applied. The researchers noted that the greatest yield responses occurred in the second and third years of the stands when yield potential was highest.

Adequate K fertilization is often associated with improved alfalfa persistence. The Minnesota researchers noted that “very high levels of K fertilization did not meaningfully prolong stand life as they aged beyond the third production year.”

In summary, these investigators acknowledged the importance of K for achieving maximum economic yields. At the same time, making K applications beyond university recommendations to “bank” K in the soil has no economic merit in terms of alfalfa yield, forage quality, or persistence.

Hay strategies for the stall-bound horse Next