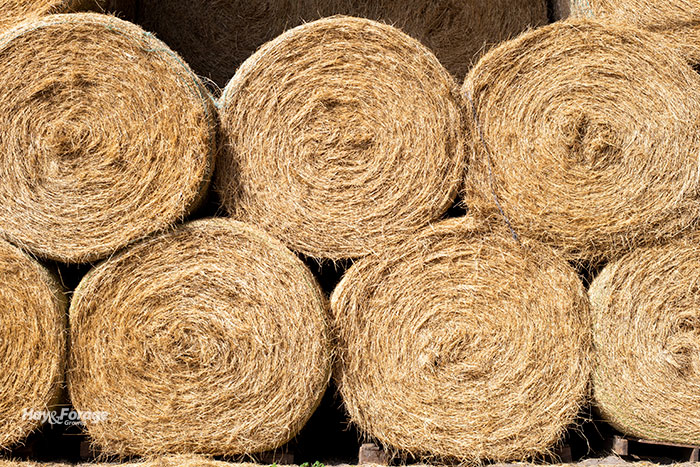 Hay harvesting and feeding strategies are as variable as the weather that often dictates them. During the past year, forage specialists in 14 Southeastern states conducted two surveys to quantify how hay producers operate and determine the frequency of various hay enterprise practices, both good and bad.

At the recent virtual Southern Pasture & Forage Crop Improvement Conference, the initial results of the survey were presented by John Jennings, an extension forage specialist with the University of Arkansas.

The hay harvest and hay feeding surveys were offered independently and netted 2,158 and 1,467 responses, respectively. Most respondents in both surveys were over 50 years old, and the majority of that group were over 60 years of age.

Over 50% of respondents in both surveys were part-time cow-calf producers with an off-farm job.

Some of the highlights from the hay harvest survey included:

• Most hay producers harvested two or three cuttings per year.

• The number of total acres cut per farm was generally under 200. Acres were accumulated across cuttings.

• About 50% of respondents fertilized their hayfields based on a soil test recommendation. Another 18% fertilized with poultry litter, while 25% fertilized based on what they thought was appropriate.

Some of the highlights from the hay feeding survey included:

• Over 80% of respondents fed only dry hay. Another 15% fed baleage, either with dry hay or exclusively. Full-time, younger farmers were more likely to feed baleage than retired or part-time farmers.

• Overwhelmingly, the most popular bale size and type being produced was a 4x5 round bale (see graph below). This was followed by a 5x5 round bale. 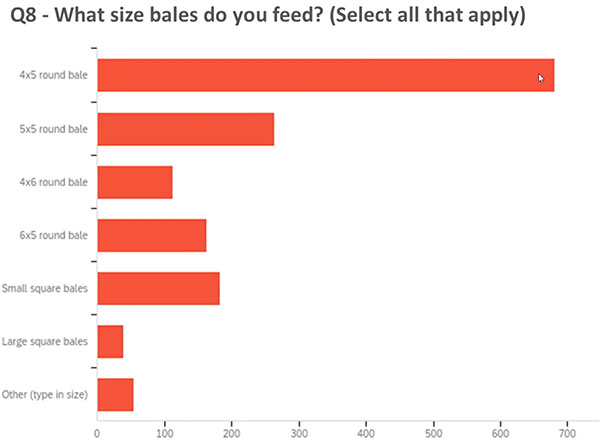 • When asked about hay bale value, most respondents answered between $30 and $40 per large round or square bale. The range was between $10 and $70 per bale.

• About 550 respondents indicated that they fed hay daily.

• Most respondents indicated that hay is fed in a hay ring, bunk, or other feeder. The next most popular method was to unroll round bales or spread square bale flakes across the pasture. 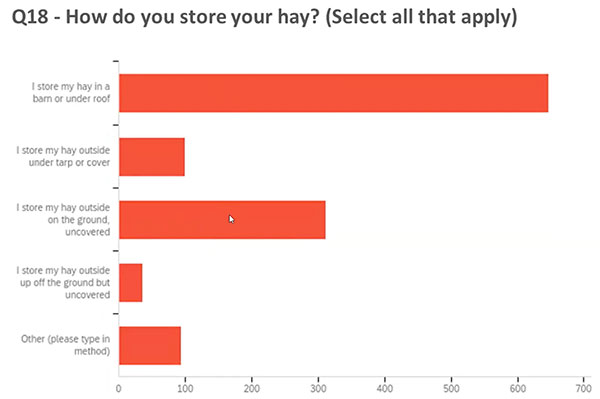 • Twine and net wrap were reported as being used about equally among respondents. A higher percentage of net-wrap users stored bales outside.

• Over 50% of respondents did not test their hay (see graph below). 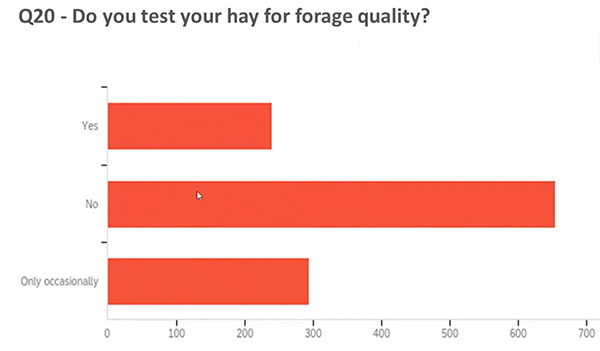 • Full-time farmers had a much higher likelihood of using annual or stockpiled forages to reduce hay-feeding demand.

• Most respondents generally started feeding hay at some point during November. This start date was more likely to be later for those who stockpiled forage in the fall.

• Most respondents stopped feeding hay in the spring between March 15 and April 15. This stop date was more likely to be earlier for those who grew fall-seeded annual forages.

To conclude his summary of the survey results, Jennings offered this characterization of the average hay-feeding farmer in the Southeast:

• Produces his own hay

• Feeds 4x5 round bales of fescue or mixed grass

• Feeds one hour per day, every day, from November 15 to April 1

• Stores hay in the barn and feeds in rings

• Grazes stockpiled fescue, or not

One more reason for higher hay prices Next