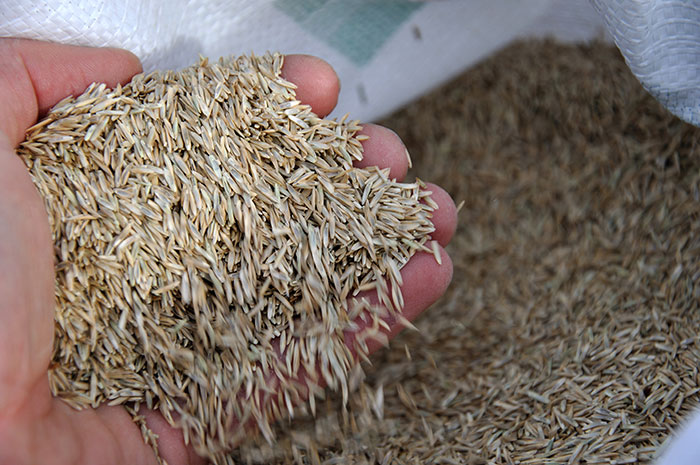 The Willamette Valley in Oregon is the epicenter for grass seed production. If you’ve ever seeded a cool-season grass for grazing or hay production, there’s a high likelihood the seed was produced in this fertile valley that is bordered by the Cascades and Oregon Coast mountain ranges.

Unfortunately, it’s been a bad news — bad news scenario for Willamette seed growers in 2021, according to Drew Denman, business development manager for Pennington Seed Company. He expounded on the woes of the grass seed growers in a recent issue of the Alliance for Grassland Renewal’s e-newsletter.

“This year, several challenges are mounting up and are likely to reduce the overall production of many cool-season grass seed crops, including novel endophyte tall fescue,” Denman notes.

In addition to grass seed production, the Willamette Valley offers ideal conditions for voles. Denman explains that the vole population is cyclical and peaked in 2020.

“Voles damage plants, both above and below the ground, resulting in a significant reduction in yield,” Denman points out. “Plowing out production fields and rotating crops are two methods being employed for vole control, which result in further challenges for forage production acreage.”

The seed specialist explains that rodent numbers will decline in subsequent years with self-regulation of the population, but that won’t fix the damage that’s been done for this year.

The record-breaking heat that has engulfed the Pacific Northwest this summer hasn’t spared the Willamette Valley. The inferno-like temperatures caused seedhead shattering, which left a significant amount of seed on the ground instead of in combine hoppers. Denman reports that tall fescue yields were reduced by 40% to 50% in 2021.

The heat followed extreme wet conditions last fall and into the early part of this year. Then the spigot turned off, creating drought conditions for much of the seed-growing region. Both the extreme wet and dry conditions shifted potential yields downward.

“In a typical year, 3 inches of rain can be expected in both April and May, but the valley did not see drought relief until mid-June,” Denman relates. “This was unfortunately too little, too late for a great deal of the producers.”

For farmers needing to seed a novel endophyte tall fescue, or any other cool-season perennial grass, Denman strongly encourages them to place and reserve seed orders early this year.

“The arrival time of seed across the country will be in keeping with past years, but it will be limited in quantity,” Denman cautions. “Due to quantity limitations, the cost of seed might be higher than that of previous years.” Of course, the same can be said for many other crop input items in 2021.

A second seeding and growing season is near Next