A second seeding and growing season is near 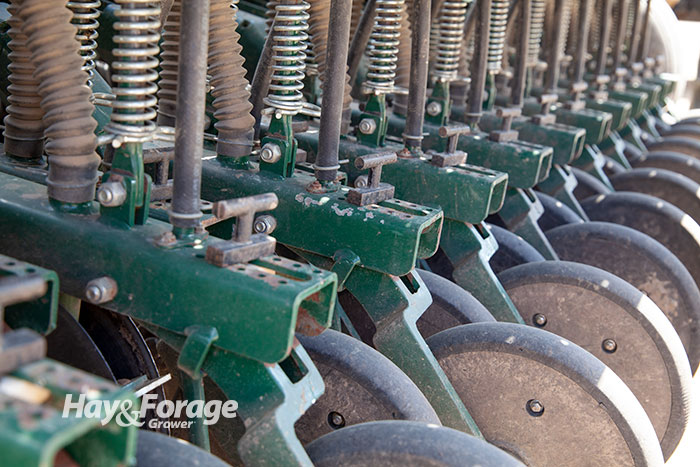 As July rounds the home turn for the stretch run, forage plants begin to shift into a different gear. Producers might want to consider doing the same, especially those looking to bolster stored forage inventories or to extend the grazing season up to or beyond their own Thanksgiving feast.

Our days of cooler, and perhaps wetter, weather can now be contemplated with minimal wall calendar flipping. While fall brings last rites for full-season annual crops such as corn, forage producers can capitalize on late-season cool temperatures to create what is essentially a whole new growing season. That new growing season begins sometime in August in the North and then works its way through September in the South.

Three strategies that might want to be considered over the coming weeks include planting annual forages for a fall harvest or grazing, seeding perennial forages such as alfalfa, and stockpiling pasture forage.

The late summer into fall growing season is ideal for the growth of annual cereal forages such as oats. The cool temperatures provide an environment where forage quality is generally not just good but exceptional for all classes of livestock.

The harvest options for fall oats are wide open; they can be grazed into early or mid-winter, chopped for oatlage, or made into baleage. Fall forage oats have gained widespread popularity in recent years, being adaptable to virtually all U.S. regions with minimal crop input costs. In the North, oat planting needs to happen during early August for maximum yield potential. Planting dates move progressively later as the grain drill moves south.

Seed alfalfa or other perennials

Late-summer alfalfa seeding is standard operating procedure in many parts of the U.S., but it can be successful almost anywhere. Having adequate moisture available is often the “make or break” factor. Time seedings based on the weather forecast; a bad forecast for cutting hay is a good forecast for making late-summer seedings.

Seeding dates will depend on location, but a general rule of thumb is six to nine weeks before the first killing frost. Five weeks is usually the point when you’ll want to just keep your seed in the bag.

Stockpiling a portion of existing perennial pastures extends the grazing season and limits the amount of winter-stored forage needed; it’s cheap and easy. However, stockpiling requires some advanced thought, and August is the time to formulate a plan and/or begin stockpiling.

Stockpiling is an effective strategy across the breadth of the U.S., but timing and grazing duration will vary. Tall fescue is often cited as the premier grass for stockpiling; farther south, bermudagrass is successfully stockpiled.

To prepare pastures for stockpiling, graze or cut pastures to about a 4-inch stubble and then apply nitrogen. To get the most from stockpiled forage later this fall and early winter, either rotationally graze paddocks or, ideally, frontal graze by allocating a strip of stockpiled forage every one to three days. This method will double the carrying capacity of stockpiled pastures and maximize forage utilization.

Don’t let the second forage-producing season go to waste. There is ample opportunity to boost feed inventories either by producing additional forage or saving on current stored supplies. Cool, sunny weather will aid in producing some of the highest quality forage of the year.