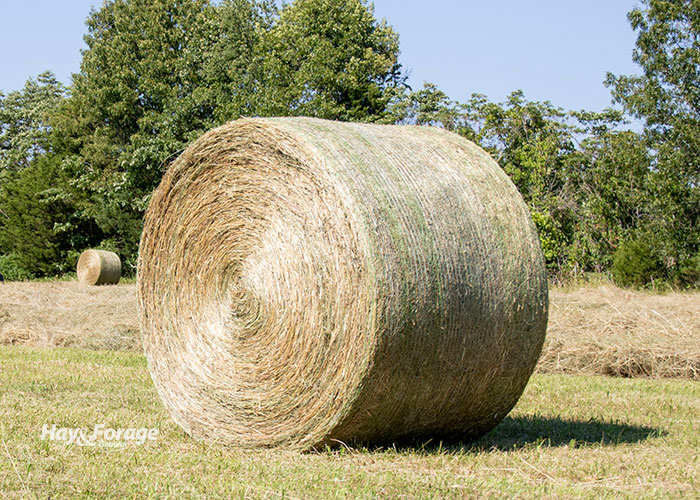 Initial results from a University of Kentucky (UK) research trial indicates that a late-season application of nitrogen (N) on tall fescue hayfields could significantly benefit first-cutting yields in the following year.

Research in the turfgrass industry and China has demonstrated that a late fall (November or December) application of N resulted in improved cool-season grass tillering and competitiveness in the spring. Forage researchers at the UK Research and Education Center near Princeton wondered if the same results could be realized with tall fescue that was previously managed for hay production.

Independent of the 80-pound spring N application, late-fall N applications improved dry matter yields by at least 22 pounds per pound of N applied. The researchers noted that the fall-applied N caused the grass to emerge from winter with a greater capacity to respond to favorable early spring conditions. The response slowed beyond the 60-pound N rate (see Figure 1a).

Averaged across the three N sources, the 16-1-0-20S had a significantly lower dry matter yield than the other two N sources (see Figure 1b).

The 60 pounds of N per acre rate of any one of the three N sources returned 20 to 25 pounds of dry matter yield per pound of N applied. This suggests that producers might have a new strategy for achieving higher cool-season grass yields in the spring when additional forage is needed.

The researchers caution that although these results were both surprising and promising, they only represent a single one-year trial, and the research needs to be confirmed with further experiments.