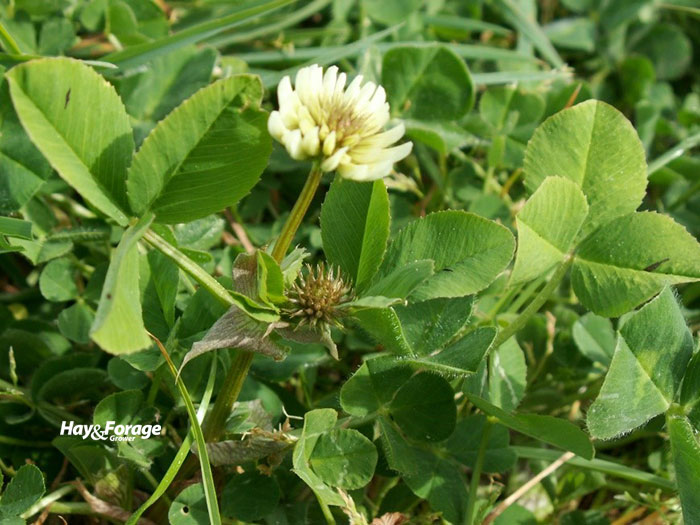 A relatively new clover is taking center stage in recent tests and demonstrations in Arkansas, and this legume’s performance has the potential to impress even the toughest of critics. Enter balansa clover, a nitrogen-fixing member of the Trifolium genus and a hardy winter annual.

Balansa clover is highly tolerant of wet soils and those low in fertility. John Jennings with the University of Arkansas says many low-lying pastures in his state often become flooded in late winter and early spring. Red and white clover are likely to succumb to these circumstances; however, balansa clover has been shown to withstand excess moisture.

In a study at the Southwest Research and Extension Center in Hope, Ark., balansa clover’s ability to grow in wet soils was compared to that of crimson and arrowleaf clovers. “Balansa clover had excellent growth and stand density, but the stands of crimson and arrowleaf clovers were thin and poor,” the forage specialist reports. He notes other on-farm pasture observations show balansa clover persists through standing water as well.

In addition to this resilience, balansa clover can also survive temperatures that are too cold for many other forages. Being a winter annual, it germinates in the fall and matures in the spring. Jennings says the legume’s most productive period is April to early May, and it is highly palatable and readily consumed by the cattle that graze it during spring.

“It has a soft, hollow stem, and in farm demonstrations, livestock consumed the entire topgrowth of the plants,” Jennings states. “Reports indicate that balansa clover typically does not cause bloat in grazing systems,” he adds. 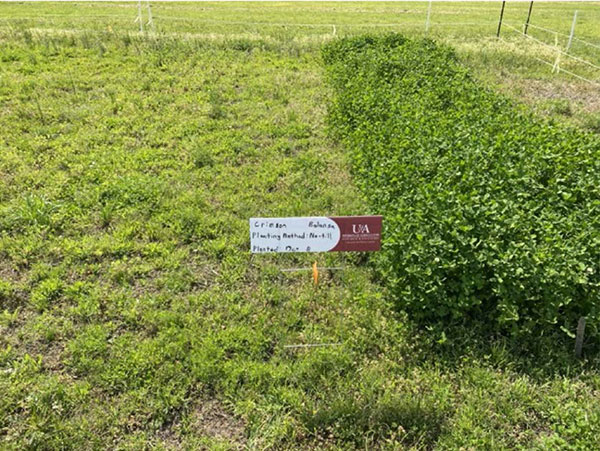 In the South, October is the optimum time to plant balansa clover. Seeds can either be no-till drilled or broadcasted, and Jennings recommends a seeding rate of 8 pounds per acre. Plant balansa clover 1/4-inch deep into a short grass sod to limit competition with other forages in the field.

“One drawback is that balansa clover has poor seeding vigor and does not compete well with thick stands of ryegrass or heavy infestations of buttercup,” Jennings cautions. “Winter weed control with appropriate herbicides will greatly improve stands.”

Raptor and 2,4-DB herbicides have been shown to suppress weeds without damaging balansa clover. Applying these products can benefit spring growth, as long as they are administered properly and according to the label.

Overall, Jennings encourages farmers fronted with wet growing conditions to incorporate balansa clover into their fields to enhance their forage systems. Although balansa clover is not a household name yet, it could soon become an important forage tool, especially for wet or lower fertility soils.