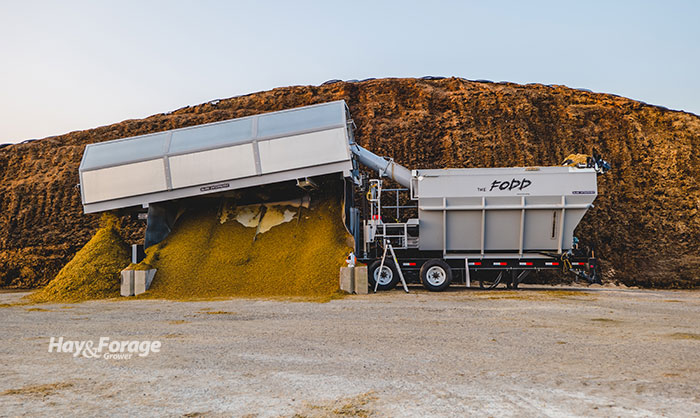 Through the years, many great inventions have been the residue of someone’s desire to solve a problem. There are countless examples of what we consider mainstream agricultural equipment that started as an obscure napkin drawing and came to life in the dark corners of someone’s undersized farm shop.

Greg Friendshuh was faced with a problem in 2019. It was a short, wet growing season, and the straw they were buying to feed in their dry cow ration was both moldy and expensive. His “just enough” Goldilocks diet just wasn’t working.

“Many dairymen, including me, don’t like feeding straw to their cows,” Friendshuh said while standing in his booth at World Dairy Expo in Madison, Wis. “I kept thinking that there had to be a better alternative, and it occurred to me that corn silage, or at least the stover, might be the answer.”

Friendshuh farms with his brother, Brian, near Clear Lake, Wis. The operation is home to about 1,200 high-producing Holstein cows. As with many dairy operations, corn silage is a foundational ration ingredient.

“It occurred to us that there was good fodder in corn silage if we could just get it separated out,” Friendshuh said. “Additionally, the longer length of cut is where we want it for dry cows, and it’s palatable.” 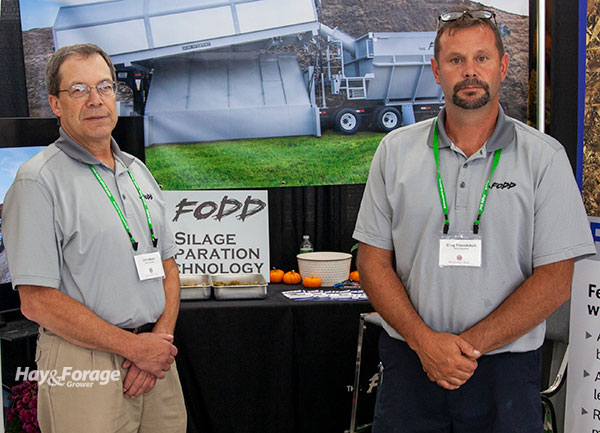 Working with a local machine shop, Friendshuh developed a system, tabbed “The Fodd,” whereby corn silage is loaded into a hopper and transferred to a rolling trommel. The shorter fiber particles and fines drop out of the screen while the longer “fodder” moves on through. About 85% of his corn silage drops through the 5/8-inch screen as “fines,” and these are incorporated into the lactating cows’ ration along with some unseparated corn silage and alfalfa haylage. Currently, Friendshuh feeds about a 50:50 ratio of his corn silage fines and unseparated corn silage. 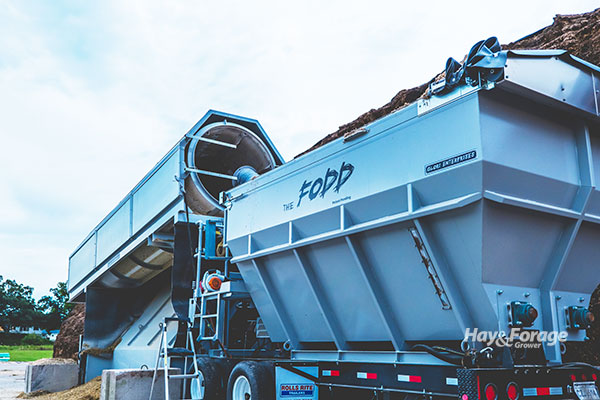 Corn silage in the hopper (right) is transferred to a rolling trommel (left) for separation.

The longer dry cow or heifer fodder contains 20% starch or less and has a neutral detergent fiber (NDF) of about 47%. Friendshuh also pointed out that the potassium levels are lower and more consistent with the fodder than what he experienced with straw. “When we started feeding the separated fodder to the dry cows, their intakes went up 4 to 7 pounds,” he said. “Our dry cows have intakes of about 30 pounds per day right now.”

The fines still contain a significant amount of shorter-chopped stover and, in one sample, contained 42% starch. The NDF concentration was about 30%.

“Our nutritionist is pretty optimistic about this,” Friendshuh commented. “On our farm, we’re saving $150 per cow per year in feed costs. We’re confident that we can get around a two-year return on investment.” The cost savings come from no longer having to buy straw, reduced protein purchases for dry cows, and less corn (energy) supplement is needed for the milking cows. 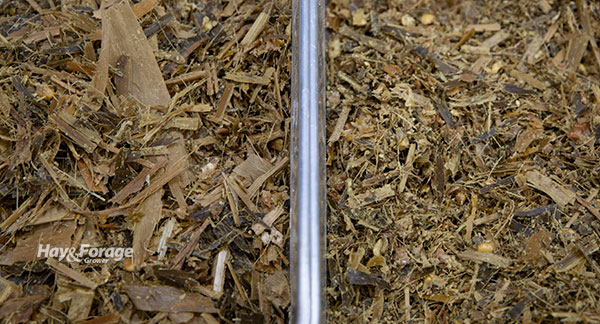 At present, the only operating machine that exists is on Friendshuh’s farm, but several more are being built to see if the initial positive results can be replicated on other farms. No price point has currently been set. “We also want to build smaller-sized Fodd systems that will be cost effective on smaller dairies,” Friendshuh said.

Although The Fodd has its own power source, it is built with a power take-off (PTO) backup to ensure that an engine problem doesn’t create extended downtime.

The entrepreneur acknowledged that with a shift to feeding corn silage fodder to dry cows and/or heifers, a corresponding boost in corn silage acres will likely be needed, depending on the current level of silage feeding.

With much more building and testing to be done, it’s difficult to know or even predict the future of the The Fodd system. What we do know is that there was a lot of interest generated at World Dairy Expo, and there is at least one dairy farmer who feels like he can put a checkmark in the “problem solved” box.

Learn more about The Fodd system at www.thefodd.com.