Test and weigh hay before buying 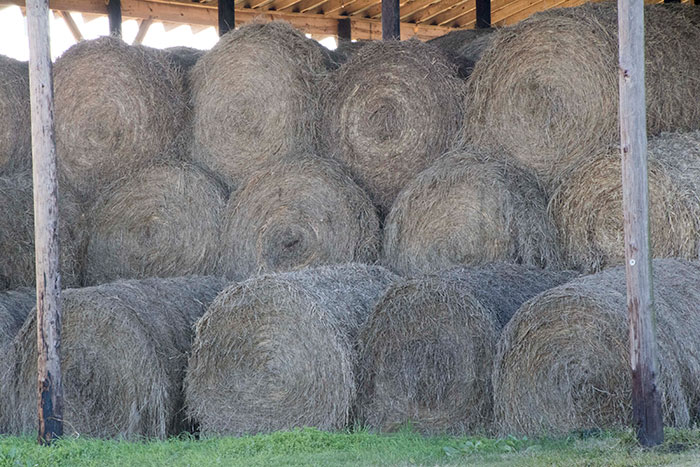 With many auction purchases, there is an assumed risk that you might not entirely know what you’re getting. This certainly is true for buying hay. Sure, you can walk around the truck or wagon and maybe crack open a bale, but looks can often be deceiving. The same is true of your own hay.

Patrick Wall, Iowa State extension beef specialist, looked at some of the challenges producers face when buying and feeding hay during his presentation at the Illinois Forage Expo earlier this month. Included in these challenges is knowing the quality and weight of the hay. 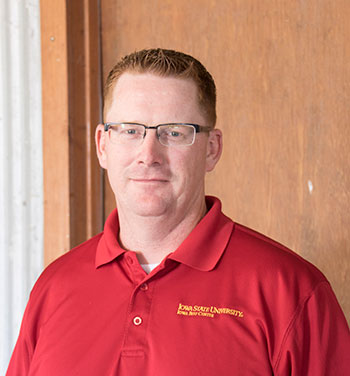 “The better the hay, the more they can eat”

Referring to his own herd of beef cows, Wall often says, “That hay is way too good for my cows.” His justification is that they’ll waste more, they’ll eat more, and it’s more expensive.

The quality of hay should be specific to an operation, its stage of production, and its goals. If producers are also feeding a concentrate or have cows on a super high-quality forage-like lush cover crops, the key benefit of feeding dry hay may be its fiber content.

“We need hay just to slow down the good stuff that’s going through the digestive tract,” Wall adds, reciting an old adage.

A key measurement of fiber content is acid detergent fiber (ADF). Acid detergent fiber, simply put, is an indicator of digestibility and may offer a clue of how leafy or mature the crop was at harvest. Wall described excellent hay as having less than 35 percent ADF and good hay as having 36 to 40 percent ADF. In both cases, no supplementation is needed for beef cows. Average hay that is 40 to 44 percent ADF will likely require supplementation, especially for late-gestation and lactating cows. Poor hay, being greater than 45 percent ADF, will need supplementation as cows will get full long before they get fed.

Wall mentioned that the protein requirement for beef cows is typically very low, especially for gestating cows. Usually diets are low on energy long before they are low on protein.

“In my opinion, crude protein (CP) is a little overrated. It tells you very little about the energy content of the hay, and it tells you absolutely nothing about what form the nitrogen is in,” Wall said.

Wall recommended weighing and testing your own hay with the help of hay probes that can commonly be borrowed at extension offices. For those in the market for hay, buying locally and privately is probably a better option than the auction as it eliminates the risk of overbidding, transportation costs, and the seller may be more willing to allow a forage test.

Aside from there being no scales or time for a proper nutrient analysis at most auction sites, buyers can also be at a disadvantage of the local demand for hay, the weather on sale day, and their neighbors' willingness to overpay for hay.

Finally, in areas where alternative feeds such as dried distillers grains are common, this can sometimes be considered as a cheaper option.

Feed storage also plays a role from a forage quality standpoint because the nutritional profile that you test for at harvest or the time of the hay purchase might not be what you ultimately feed later in the year.

Spoilage is a major concern when it comes to hay storage, as the outer 3 inches of a 5-foot bale make up 25 percent of the total volume. Wall added that the outside 3 inches of a 6-foot bale comprise 15 percent.

Wall then cited research done at the University of Tennessee that showed storing twine baled hay outside, on the ground with no cover, there were losses of 37 percent. On the other hand, net wrapped bales stored inside only lost 6 percent.

Wall pointed out that producers should store their feed in a way that allows access to various forage qualities to better meet livestock needs throughout the year.

“We can do all our homework in producing the crop, but if we don’t store or feed it correctly, we’re still going backward,” Wall said.

Buy or bale? Next

Not all thistles are created equal Previous