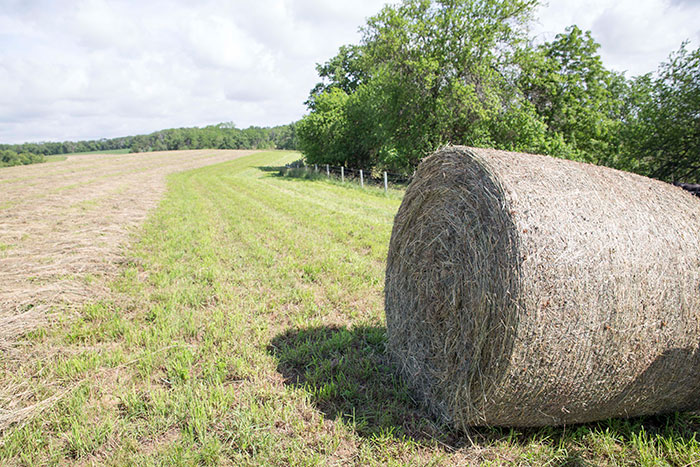 For any operation that always seems to have too many irons in the fire, buying hay rather than making it might just sound appealing. Bryon Kirwan, Illinois Natural Resources Conservation Service (NRCS) state economist, asked the question, “Can you buy hay cheaper than making it?” in a presentation given at the Illinois Forage Expo earlier this month.

Kirwan sees many producers baling as a way to control the quality of their feed source and to effectively use acreage that is not suitable for row crops. Aside from situations like these, there might be better uses for a producer’s time and land that will generate a greater return.

It’s no secret that baling hay has its shortcomings. It is a time-consuming process and the conditions have to be perfect to get a quality crop. However, if there are two things that don’t usually go together, it’s springtime and perfect conditions.

“Are we going to be willing to park the planter to be able to get the highest quality hay?” asks Kirwan about those few nice early days. “The answer is different for everyone, depending on what you’re trying to do with your hay and livestock operation.”

By purchasing hay, producers can spend more time on another enterprise and potentially free up equipment, buildings, and workers.

“A lot of people take off to bale hay without considering the total cost because they’re just looking at variable costs,” said Kirwan.

He added that the out-of-pocket costs may seem higher when writing a check for hay, but many producers fail to take into account that everything has a cost, down to the last drop of diesel and ownership costs for equipment.

In fairness, Kirwan maintained that baling hay does make great economic sense for many operations. There are downsides to purchasing hay, depending on the time of year. If the operation also has a row crop component, there isn’t always a steady flow of cash coming in, which makes paying for hay a more noticeable inconvenience.

To have a better grasp on the cost of baling specific to each operation, Kirwan created an Excel spreadsheet tool, Hay Production vs Buying Hay, which can be downloaded from the USDA NRCS website.