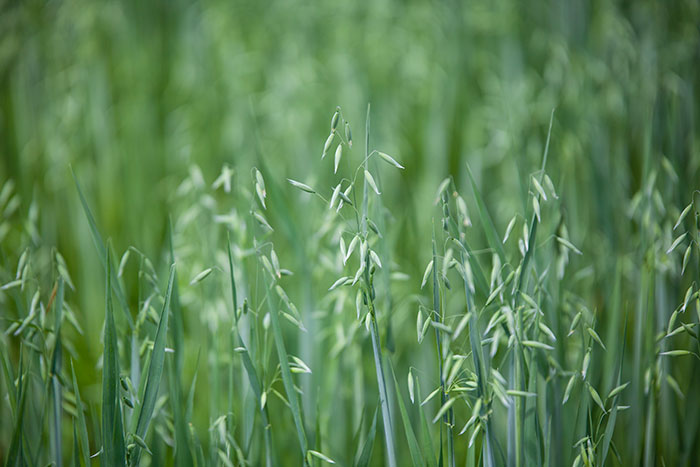 Although harvest is typically an end point, some producers may choose to head right back to the field with the grain drill in an effort to better meet fall and winter livestock forage needs. When planted after wheat harvest, oats is a quality and relatively cheap feed option when in need of a single grazing or cutting in late fall.

“In fact, if planted most any time in July or August, there’s an opportunity to ‘create’ anywhere from 2 to 5 tons of forage on a dry matter basis while investing little more than the cost of 80 to 100 pounds of oats and 40 pounds of nitrogen,” says Stan Smith, an Ohio State University extension educator, in the Ohio Beef Cattle Letter.

Producers can take their time when planting oats after harvest since they prefer cooler temperatures. Smith states that the optimum planting date for the best combination of oat yield and quality is August 1 in his area. He adds that this is also beneficial because it allows sufficient time to harvest the primary crop, fertilize, and eradicate any perennial weeds. In addition, planting in early August produces the most total digestible nutrients (TDN) per acre, while earlier-planted oats are more susceptible to rust and have lower forage quality, according to Smith.

Optimum yields are obtained with no-till seeding rates of 80 to 100 pounds per acre and nitrogen application rates from 40 to 50 pounds per acre, which Smith notes is not only cost effective, but that higher rates actually had adverse effects on plots.

“Apparently due to the heat, oats planted in July matures more quickly and rapidly decline in quality beginning 50 to 60 days after planting in most years,” Smith adds.

While many producers have had success with bin-run oats, Smith cautions that they often do not have a germination test and there is the potential for bringing weed seeds onto the farm. Regardless, before planting oats of any kind, Smith advises an application of glyphosate to kill existing weeds.

Grazing is the most economical harvest choice. Smith refers to a local producer who strip-grazed oats all winter and was out calving on them the next March before they ran out. If grazing is not an option, oats can be harvested in a single cutting to obtain high-quality tonnage at a lower cost.

Growers have had luck grazing standing oats because they can still be green through December in some areas. Smith points out that oats don’t die until they have been exposed to temperatures in the mid-20s for several hours.

A more challenging option is baling oats in the fall because they are slow to dry down. Wrapping as baleage offers a more viable option but also is a more expensive alternative.