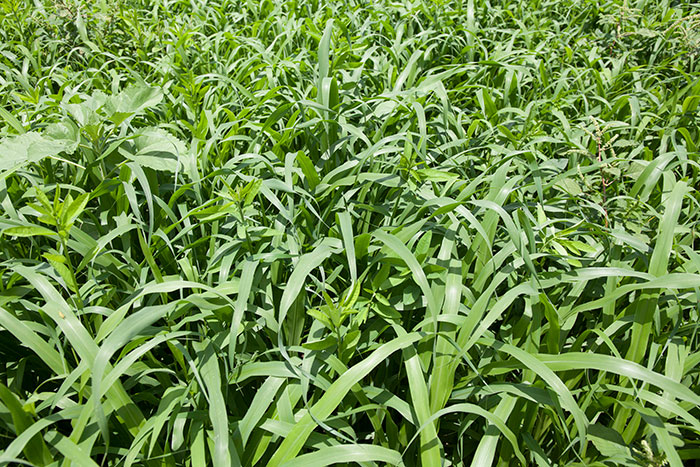 While predominantly used for soil and water conservation, cover crops can also be effectively utilized for winter grazing. Aside from extending the grazing season by taking advantage of quality forages, integrating livestock can be beneficial to the next crop and more economical due to reduced labor, feed costs, and manure handling.

“About 50 percent of the nitrogen and over 80 percent of the phosphorus and potassium are being returned to the soil with most grazing systems,” said Western Illinois University’s Joel Gruver while presenting at the Illinois Forage Expo earlier this month. “Most of those nutrients are in plant available forms, more plant available than if you just tilled in the cover crop.”

If managed properly, this translates to a better following crop because nutrients are more easily absorbed, more spatially distributed, and hoof traffic can be less damaging than wheel traffic, Gruver added.

One concern of grazing cover crops among producers is the potential damage to soil structure. Deep surface compaction caused by equipment is rarely seen with hoof action. While Gruver admitted that some surface compaction is not uncommon, it can easily be mitigated. Gruver advised keeping animals off of moist soil, moving water and minerals around, and grazing in the fall and early winter as freezing and thawing can address much of the problem.

“We don’t want to have extended periods of animals on paddocks,” Gruver said, explaining that soils act like fabric and can easily rebound if compressed for just a short period of time.

The Midwest has a wide variety of options to choose from when looking at cover crops. Brassicas, sorghums, and cool-season grasses are very responsive to nitrogen and often produce good yields. Gruver stressed that true integration of cover crops requires the use of more than just one; he highlighted two options, small grains and brassicas.

Small grains such as oats, triticale, rye, and barley are commonly used, offering a wide range of seeding rates and wide window in which to plant them. Gruver noted that they are typically planted at higher seeding rates when utilized as a forage and harvested at boot stage but lower seeding rates when used strictly as a cover crop. Though there is a wide planting window, the best quality is obtained when grown under cool conditions.

Gruver stressed the usefulness of brassicas as they are excellent in forage quality, have high dry matter production, high-moisture content, and can be harvested quickly. They require lower seeding rates due to the size of the seeds. He warned that issues are common with mechanical harvesting if there isn’t a high enough level of grass. They are incompatible for making dry, preserved forage.