The two faces of sericea lespedeza 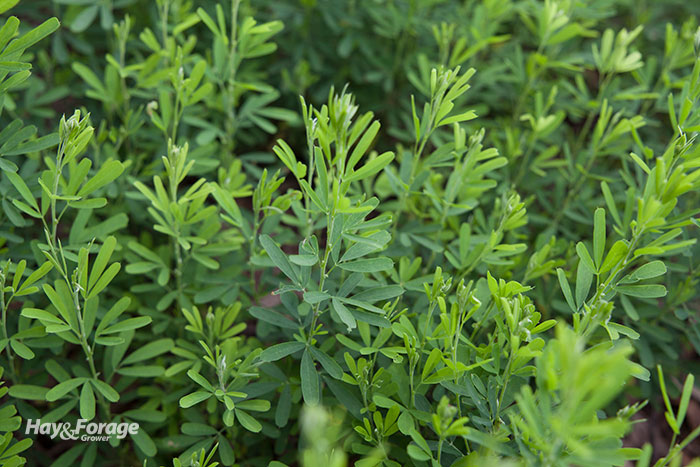 Sometimes, it’s all a matter of perspective. Such is the case for sericea lespedeza, a perennial, warm-season legume that is cursed in some regions as an invasive species and lauded for its characteristics as a beneficial small ruminant feed source in other areas.

A native of eastern Asia, sericea lespedeza was originally brought to the U.S. because it offered erosion control, and it provided cover and food for wildlife, according to Carole Knight, an extension agent in Madison County, Ga. The forage species also was viewed as an acceptable cattle feed.

In a University of Georgia Forage Extension Team blog post, Knight explains that many plant introductions that are brought to the U.S. with good intentions often fall short of expectations. Sericea lespedeza became invasive and is currently classified as a noxious weed in many states.

“Sericea is adapted to a wide variety of conditions,” Knight explains. “It is able to tolerate and thrive in acidic soils with relatively low soil fertility and is also drought tolerant. Sericea produces an abundance of seed; one plant is able to produce more than 1,000 seeds, and these are thought to be viable for up to 20 years in the seedbank,” she adds.

The rest of the story

In human terms, sericea lespedeza has what might be termed a split personality. The condensed tannins found in sericea inhibit bloat in grazing livestock and help enable the plant to ward off pests. They also bind with proteins to enhance feed utilization. Unfortunately, tannins will also bind with carbohydrates, which lowers overall fiber digestibility.

Perhaps sericea lespedeza’s greatest utility as a forage is that it has anthelmintic properties for small ruminants such as goats and sheep.

“Many pharmaceutical anthelmintics (dewormers) for ruminants have become ineffective due to increased gastrointestinal parasite resistance worldwide,” Knight notes. “Sericea lespedeza has been scientifically proven to reduce parasite loads in sheep and goats.”

Because of its potential benefits as a forage crop, improved varieties of sericea have been developed. These varieties are used for both haying and grazing and are much different than the wild sericea that is often thought of as invasive. The improved varieties have been selected for low or moderate levels of condensed tannins.

As a hay crop, sericea dries rapidly and has excellent leaf retention. Grazing studies at Auburn University have shown sericea to offer one of the lowest costs of cattle gains among other warm-season alternatives.

To learn more about sericea lespedeza and the experiences of one South Carolina hay producer, click here.