California alfalfa may get thirsty in 2021 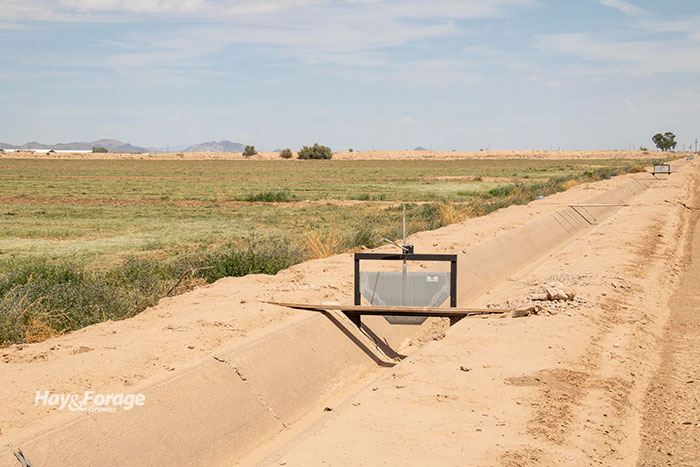 The fields are already dry, and the mountain snowpack is far below normal. It’s not a scenario that bodes well for alfalfa fields in California where water is divvied up between millions of people living on the coast and vast acres of agricultural crops, which comprise most of the state’s landmass.

Current predictions for water allocations in parts of central and northern California are a fraction of what might normally be available.

Although alfalfa is more capable of surviving drought than many other crops, that doesn’t mean there shouldn’t be a strategy for maximizing production when the spigot only drips.

Extension forage specialists with the University of California in Davis suggest that alfalfa growers start watering their fields early to build moisture in the soil profile and maximize early season growth when yield potential is the highest.

Winter or early spring watering has been proven to benefit both the initial growth period of alfalfa and subsequent cuttings through mid-summer. In California, late-summer cuttings provide only 50% to 60% of the yield that is realized from earlier harvests, and this is why it’s important to maximize production during the early part of the growing season in case water is cut off later.

The forage specialists encourage producers to probe the soil now. Any method to estimate the status of moisture in the soil profile is helpful, even if it’s something as simple as using a steel soil probe and evaluating the situation by “look and feel.” If irrigation must be stopped in mid-summer, production realized from the early growth will make up for the lack of production later.

Once the soil moisture profile attains extreme deficit status, it becomes difficult to bring it back to a favorable level during the summer.

To read in more detail about the University of California’s research on early season irrigation, visit their recent blog post.