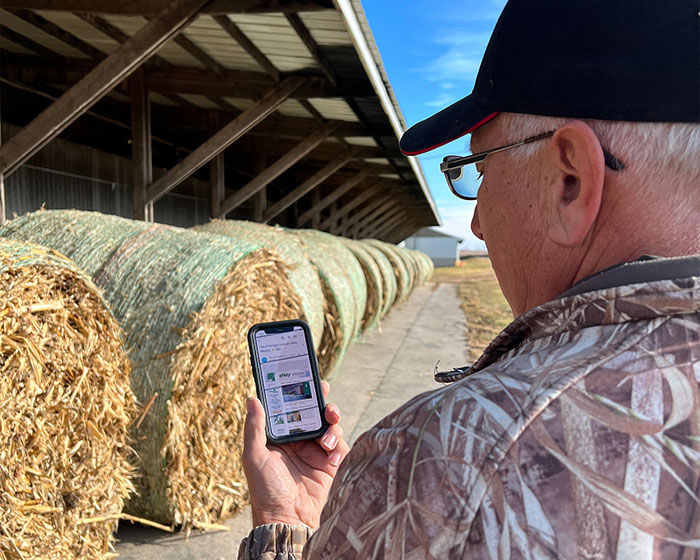 It’s been another year of farm and ranch struggles and successes. If you weren’t always locked in on eHay Weekly every Tuesday morning, here’s a list of the 10 most popular articles that filtered through your inbox over the past 12 months. The topics are varied, ranging from custom farming rates to frozen alfalfa to horse hay myths. Looking ahead to 2022, we will once again strive to bring you relevant forage production, storage, utilization, and marketing information each week.

Custom farming rates from the around the U.S.

Our annual look at available custom farming rates once again makes its appearance on the Top 10 list. March 23

After an early spring start on growth, mid-April nighttime temperatures in 2021 were low enough to frost or freeze alfalfa in many parts of the U.S. April 27

In pasture circles, there are those who believe in clipping pastures after cattle have grazed and those who do not. This article examines the advantages and disadvantages of the practice. June 15

No hay barn — maybe no problem

Storing round bales outside is a risk, but if it’s done properly, losses can be kept to a minimum. Kansas State University Extension specialists offer some tips for outdoor storage. July 13

Two reasons to overgraze this fall

Overgrazing pastures is by far the most common mistake made in the scheme of pasture and livestock management. However, in the fall, there may be reasons to cautiously overgraze a limited number of paddocks. September 21

Be smart with high-priced fertilizer decisions

Fertilizer prices have soared in the past six months, and this article summarizes comments made by John Grove at the Kentucky Grazing Conference. His tips will help producers ease some of the financial pain. November 2

Greg Halich is an agricultural economist by day and a grass-fed beef producer by night and weekends. He’s been bale grazing for over a decade and is convinced it can work in the Fescue Belt where winters are more wet than frozen. December 7

Don’t be fooled by caramelized hay

Baling hay that is too high in moisture can often result in excessive heating and the onset of the Maillard reaction. This produces a sweet-smelling, tobacco-like product that animals will devour. Unfortunately, there is a big downside. December 21

Don’t let production get stuck in the mud Next

Swath-graze cattle to save and gain Previous