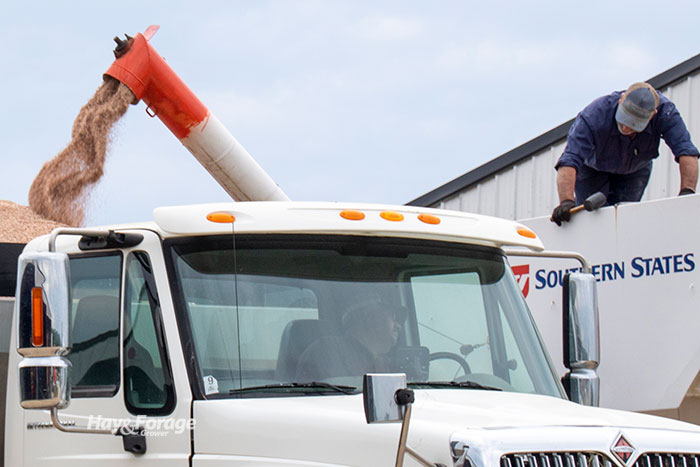 The COVID-19 pandemic shut down world economies for extended periods and continues to have a long tail. Ramping back up hasn’t been easy as evidenced by production challenges of goods and services, labor shortages, transportation bottlenecks, and inflation. Then, of course, there is the war in Ukraine.

Through it all, we have watched the price of farm inputs skyrocket. Potash, for example, remains at well over $800 per ton.

When will that price point come down? I don’t know. But I do know that alfalfa doesn’t care. Without adequate soil potassium levels, alfalfa will not perform to most producers’ expectations. It may still look somewhat green from the road, but yields and persistence will suffer. I’ve seen too many potassium-deficient alfalfa fields in my life to predict otherwise.

Every crop species has its own unique characteristics. Like a lot of people, you have to take the good with the bad. Unfortunately, alfalfa is a heavy user of potassium, removing about 55 pounds of potassium (as K2O) per ton.

When you break out the abacus and start doing the math for our current situation, the bottom line isn’t particularly heartwarming. If potash (0-0-60/62) is biting at $850 per ton, that equates to about $23 per dry matter ton of alfalfa harvested, or $115 per acre for a 5-ton total-season yield. Ouch!

I suspect that many alfalfa growers may have cut back or eliminated potash applications in 2022 unless they had the fertilizer prepaid last year before the price boom. Pumping the brakes on potash applications is a reasonable response, especially if soil tests indicate already high levels. But such a strategy can’t be employed long term, as both soil potassium concentrations and yields will crash.

Although alfalfa is always a heavy potassium user wherever it is grown, not all regions play by the same set of rules. As with most everything in food production, we are dealing with biological systems. For example, I talked with an alfalfa grower in Idaho several years ago who put little to no potash on his fields. The same was true for his neighbors. The parent mineral material of his soils was already rich in potassium and seemed to hold soil levels in a steady state. Lucky them.

An old but useful tool

With the economic stakes so high, having a good set of soil tests to guide your potassium fertilizer strategy has never been more critical. Both over and under application will be costly in the short term.

If soil test levels are on or below the optimum line, a plant tissue test, which is vastly underutilized in our industry, is a sure-fire approach to confirm the nutrient status of the crop. While working as an extension agronomist, I used plant tissue tests frequently to discern field issues.

Plant tissue tests rarely failed to pinpoint an underlying problem or, in some cases, confirm nutrient adequacy. This old, but valuable, tool is the most reliable way to save hundreds of dollars in fertilizer expense or prevent hundreds (perhaps thousands) of dollars in lost yield.

If you want to do some plant tissue testing, be aware there is a specific time to take samples and specific plant parts that need to be submitted. Your forage testing lab can provide you with this information.

There are many variables that influence potassium concentrations in the soil and the plant. In dairy farming regions, the rapid and now long-term use of corn silage has had a large impact on the soil’s potassium status.

Corn silage, depending on grain and silage yield levels, will remove at least 100 pounds more potassium (as K2O) per acre than the same crop where only the grain is harvested. This is because most of the potassium is held in the stalk for necessary physiological plant processes.

Potassium deficiency has become a more common occurrence in both alfalfa and in cornfields. Given the boom in corn silage acres across many regions, potassium removal rates for crop rotations have spiked substantially. If both alfalfa and corn silage comprise the entire rotation, significant amounts of potassium are being taken off fields. Couple an alfalfa-corn silage rotation with inadequate fertilizer application rates, and it doesn’t take long for soils to become potassium deficient.

The choices are clear

Dennis Hancock, a former University of Georgia forage specialist and current USDA Dairy-Forage Research Center director, used to preach his seven keys to profitable alfalfa production. Four of the seven keys involved some iteration of applying adequate potassium. You get his point.

Yes, the price of potash is at record-high levels, but so is the value of forage. Cutting back on potash applications might be a prudent short-term decision on some fields or farms, but that strategy won’t be sustainable in the mid- to long term. Yields of alfalfa will deteriorate rapidly if potassium deficiency persists. That will be true with high- or low-priced potash. Alfalfa doesn’t recognize fertilizer invoices; it does recognize when there’s not enough potassium for optimum growth.

Mixing it up on alfalfa-grass mixtures Next

Will alfalfa autotoxicity ever be solved? Previous