Is it an agronomic or irrigation issue? 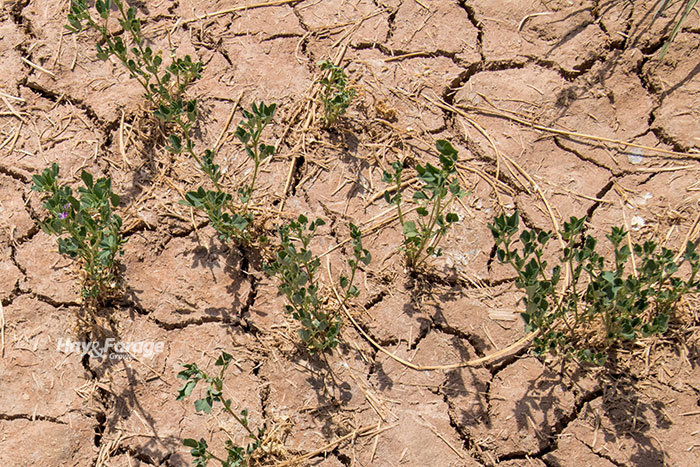 Identifying the cause of an unanticipated crop problem during the growing season can be easy . . . until it’s not. When a second variable such as irrigation is thrown into the agronomic picture, troubleshooting an issue becomes even more of a challenge.

“The source of some problems is really obvious, but those are kind of rare,” noted Matt Yost, an agroclimate extension specialist with Utah State University. While presenting during a workshop at the World Alfalfa Congress in San Diego, Calif., last week, Yost said crop problems are more often complicated, with multiple things contributing to the problem.

In citing some sage agronomic wisdom that he had received earlier in his career, the extension specialist said that “Stress upon stress reduces a plant’s ability to handle stress.” For this reason, one problem snowballs into more problems. This makes it more difficult to find out what the initial cause for a problem was and what may need to be done to fix it. “Things can get quite complicated pretty fast,” Yost said.

He next presented his audience with five photos of problems that he had recently encountered in the field. The determined causes ranged from too much irrigation water to frost to poor-quality seed.

When troubleshooting field problems that occur under irrigation, Yost presented a list of five recommendations to help producers and consultants get to the causative source. They are:

1. Look for patterns. Although this can sometimes be done visually from ground level, there are other, more advanced tools also available. These include the use of a drone or satellite imagery that is frequently updated. He specifically mentioned an app called OneSoil. Certain field patterns can help to either eliminate or substantiate potential causes.

2. Measure soil moisture and irrigation rates. Yost said that if there are obvious good and poor areas, assess the soil moisture in each one. “If the bad spots are low in moisture, then it’s a pretty good indication that water is at least part of the issue,” he noted. Also, the extension specialist suggested measuring flow rates from the sprinklers to ensure the actual amount of water applied is what was prescribed. This can be done with a flow meter or simply by using a bucket.

3. Look at the plants. This means both the above and belowground parts of the plants need to be assessed. Use a shovel to dig plants out of the ground and examine the roots. There’s a difference between dead and dormant.

4. Access any crop records, if available. Yost encouraged both producers and consultants to keep detailed crop records so that field activity can be matched to weather events such as frost. Dates and rates of chemical and fertilizer applications are also helpful when assessing crop problems.

5. When all else fails, collect plant samples from the damaged and healthy areas. Submit plant tissue, soil, and water samples, if needed, to a laboratory for analysis. Differences in the results can often help pinpoint the problem.