The value of years 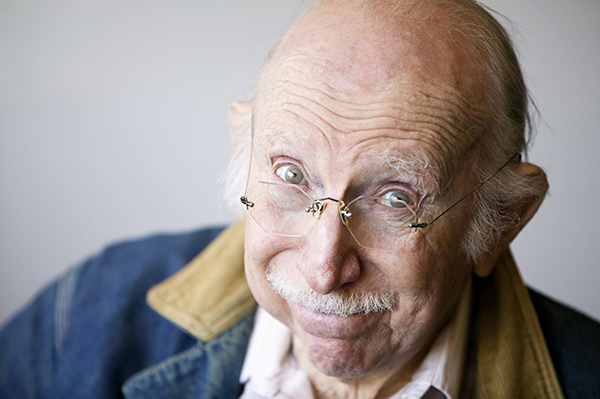 In human terms, having an extended number of years under your belt equates to more experience. This often, but not always, results in more knowledge. It makes sense from the standpoint that a grizzled veteran of whatever occupation you want to name, or life in general, has more time to make both good decisions and bad decisions. Knowledge is acquired from both, though this could be debated as it pertains to politics.

Experience and knowledge are not to be confused with doing things the same way for years without ever trying something new. It's at that point where progress becomes impeded. For now, let's just agree that experience, enhanced by years, generally (or at least should) translates to knowledge.

Research, and especially that of the forage ilk, is much the same way.

Suffice to say, that research has been a driving force for why we do things the way we do. It's been that way for a long time. Given the current regulatory climate and the critical public eye on agriculture that is present more than ever before, it's an easy argument to make that good research may be more important than ever. Justification based on anything other than research isn't going to hold water with the general public and politicians who frame the rules agriculture must play by. Sometimes, even with supportive research, it's a ride on the struggle bus.

Here's the conundrum: Just as with human knowledge, getting the right answer through research takes time; getting some answer doesn't, similar to working on a hunch. We can cheat a little bit by doing the same research in multiple locations during the same year or years, but even then a year or two for most questions is not really enough to be certain our answer is correct. The reasons are numerous, but we can start with variations in weather and soil.

Admittedly, there are some questions that lead to quick answers, such as the need for nitrogen on grass. What may not be so immediate is exactly how much nitrogen, and when that optimum amount varies based on soil type, rainfall, timing, fertilizer source, variety and so forth. Some of these questions still aren't answered completely and we've been doing nitrogen research on grasses for decades.

Variety selection has big economic consequences. It also takes years to bring a forage variety to market, then more years to see how it stacks up against other varieties. In an ideal world, it would be nice to have independent university performance testing of all forage varieties. That's not going to happen, and in fact, what testing has been done in the past is being scaled back or eliminated at many institutions. Though most companies strive to bring their best germplasm to market, the variety selection game is largely a "buyer beware" world. There simply are not the resources and time for it to be any other way.

Though reliable research results take time, that doesn’t mean that first-year findings don't get reported or written about. Both reporter and reader need to be of the understanding that the data is preliminary. So does the on-farm experimenter.

Perhaps the need for multiple research years is no more important than for inputs such as insecticides and fungicides, especially if the question is whether they should be used on a routine basis. There are situations where the annual use of these inputs is warranted and profitable. Finding those situations is often not easy and probably takes more in the neighborhood of 10 years over multiple locations to develop a reliable dataset. The current effort to evaluate the routine use of foliar fungicides on alfalfa in the Midwest is a prime example of how selectively looking at individualized, short-term studies can lead to a much different answer than the entire body of evidence currently projects.

Years are important for human knowledge and they're important for finding the right answers through research. Well-designed research, coupled with an adequate amount of years and locations, give us knowledge, a foundation for good economic decisions, and, more importantly, a justification for what we do.

Yield obsession and a mule named Dolly Next