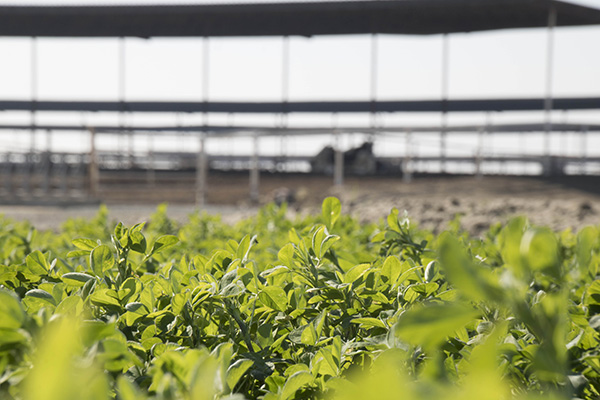 It’s no secret that alfalfa fixes significant amounts of nitrogen (N) that benefits a subsequent grass crop and reduces or eliminates the need to purchase N fertilizer. The amount of available N, often referred to as the N credit, can vary based on factors such as stand age, environment, soil type and so forth.

Lin, a graduate student at the University of California-Davis, cited some work done in Spain that yielded estimates of 140 pounds per acre of alfalfa N credit for a succeeding crop. Currently, California recommendations are 40 to 80 pounds of N per acre. Lin reported on an extensive research study that he conducted in California to assess alfalfa N contributions.

Experimental locations were set up in Tulelake (north), Davis (southern Sacramento Valley) and Kearney (San Joaquin Valley). Wheat was grown after either 2.5-plus years of alfalfa or a sudangrass-wheat rotation. Nitrogen treatments on the subsequent wheat crop ranged from 0 to 250 pounds per acre to assess and contrast alfalfa’s N contribution.

Following two years of experimentation (2013 and 2014), it was determined that the alfalfa N credit at Kearney, on a sandy soil, was about 50 pounds per acre. On the heavier clay loam soils of Tulelake and Davis, an N credit of 125 pounds per acre was documented. The results were higher than anticipated and mostly well above current recommendations.

Alfalfa harvest damage: Is it a big wheel? Next