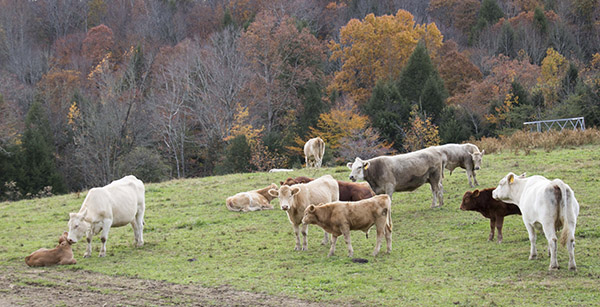 Heavy rains last summer, a dry fall and the usual harsh winter conditions are all reasons why there may be more than the usual number of pastures in need of a reboot for 2016.

“A lot of pastures got overgrazed last year as we went into winter,” says Rory Lewandowski, Ohio State extension educator in Wayne County. “There is no doubt that some pasture and hayfield stands will be in tough shape as they come out of winter.”

In a recent edition of the Ohio Beef Cattle Letter, Lewandowski, along with colleague Stan Smith, offered several approaches to rejuvenating damaged pastures. The options entail two basic approaches: do nothing or reseed.

The do nothing strategy is simply to let Mother Nature take its course. “The cost of this option is time,” notes Lewandowski. “If you have the land base to set aside those torn up paddocks through the spring and early summer, they will renovate themselves. We generally have plenty of seed bank in the soil. Whether that seed bank contains desirable plants, or what percentage of desirable plants will make up the regrowth, are questions to be considered.” The specialist emphasizes that cattle will need to stay off those bare, trampled areas through early summer so that they have time to re-establish.

The paddocks that are left to regrow on their own will likely need clipping at some point to keep annual weeds from going to seed. This will also open the canopy for light infiltration, which favors the growth of more desirable grass and clover species. Make only a light grazing pass or two with cattle during the course of the summer. The sod base will continue to thicken, and by next spring these areas will be productive pastures again.

“If time and land resource base are limiting factors, reseeding may be the best alternative,” says Lewandowski. “This option has the benefit of being able to select new forage genetics of the species best suited for your location and management.” The specialist suggests a mixture with a 30 to 35 percent legume component.

Where erosion is a concern, fast-establishing annual ryegrass can be added to the mixture at a modest seeding rate. Ryegrass also will offer forage to graze in a relatively quick timeframe.

Before actually seeding, Lewandowski emphasizes the importance of correcting soil pH and fertility to necessary standards for a productive, long-lasting forage stand. Any lime application to significantly raise soil pH needs to be done well ahead of seeding.

Other considerations when making new pasture seedings include:

Avoiding more of a bad fescue thing Next