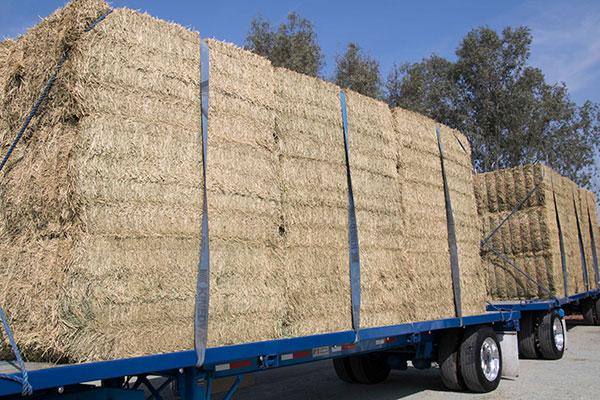 It hasn’t happened for a while, but the month-to-month U.S. average hay price actually went up in March, albeit a modest $2 per ton.

Last week’s USDA Agricultural Prices report pegged the March all-hay price at $138 per ton, $2 per ton higher than the February average price, but still $19 lower than one year ago. March alfalfa hay prices also rose by $2 per ton from February to $144 per ton. This was $25 per ton less than 2015. The spike in alfalfa hay price was the first month-to-month rise in value since May 2015, when it jumped to $192 per ton from April’s $183 average.

The USDA price averages account for all qualities of hay sold, and the final U.S. estimate is a volume-weighted average rather than a simple average of state values. Those states with the most volume sales will impact the final U.S. dollar value more than those states with fewer sales. This method of calculation likely influenced the apparent price boost.

For alfalfa, more states actually saw declines in average price than had hikes; however, a few states had large month-to-month price improvement. These included: Arizona (up $30 per ton), Colorado ($20), and New York ($20). The most significant price declines came in Nevada and Utah, both down $15 per ton, and Pennsylvania, which was $13 lower. 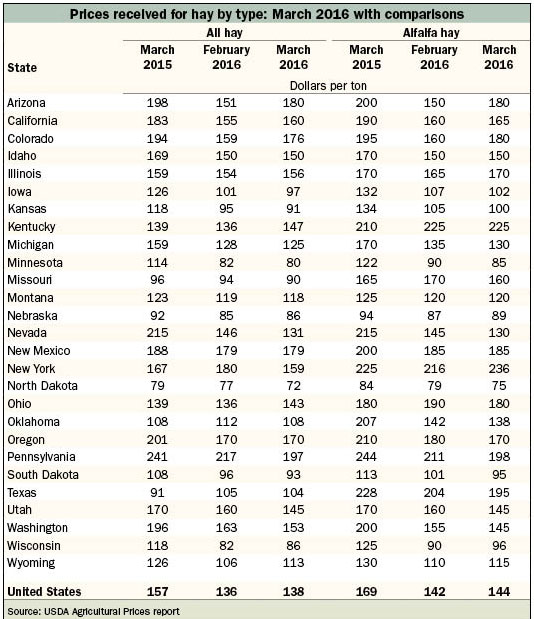