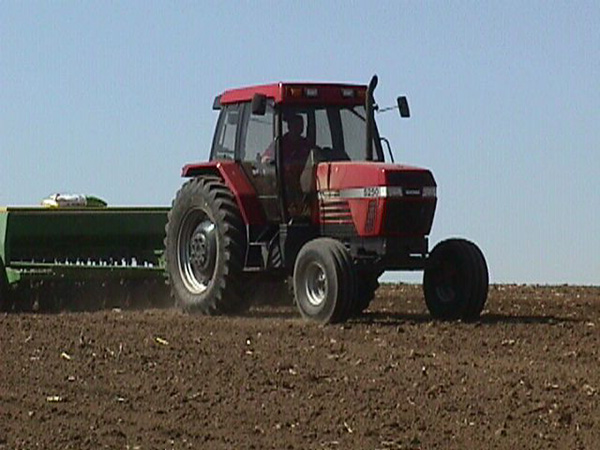 I've always liked late summer alfalfa seedings; perhaps it's just loyalty to a practice that got me through graduate school at Iowa State. While a Cyclone, I nurtured and cared for my late summer-seeded field plots as if my life depended on it . . . and in a way it did. The premise of the research was simple enough — how early the following spring could late summer seedings be cut without damaging the stand? Similar research had just been done in Minnesota with the more conventional spring-seeded approach.

Other than required classes and caring for a wife and young daughter, late summer alfalfa seedings were my life while in graduate school. I seeded plots, counted plants, staged plants, took samples of plants, dried plants, harvested plants and plots, weighed plants and plots, and finally wrote volumes about harvesting late summer-seeded alfalfa. I don't believe a late July has passed since those days that I have not continued to talk and write about late summer alfalfa seedings.

Though they will never match spring seedings for acreage, there is certainly good reason for considering late summer seedings if land is available. This year there may be fields just starting to dry to the point where they can be seeded or failed spring seedings from simply too much water. In fact, one of the advantages of late summer seedings is that those pesky alfalfa seedling diseases are often less of a problem under drier, warmer conditions. Other advantages include:

Like most things in life and farming, there are risks with late summer alfalfa establishment. The primary concern is the possibility of moisture stress during germination and seedling establishment. Timely seeding will reduce this risk significantly. It’s always advisable to make late summer seeding decisions based upon current soil moisture conditions and short-term weather forecasts. Near normal August and September rainfall should be more than adequate to establish vigorous and productive stands. Another risk is the threat of an early killing frost and/or severe winter. Again, timely seeding is important to minimize these risks.

Seeding dates will depend on location, but a general rule of thumb is six to nine weeks before the first killing frost. Five weeks is usually where I'd recommend keeping your seed in the bag. Seeding too early increases the risk for hot, dry conditions during seedling establishment; seeding too late does not give plants enough time to develop adequate root and top growth for winter survival. Generally, it's better to error too early than too late.

As a general rule, recommended seeding practices for spring seedings apply to late summer seedings from a soil fertility, seeding rate and seedbed preparation standpoint. It is worth mentioning that a firm seedbed to optimize seed-to-soil contact is especially important with late summer seedings. No-till seedings in late summer have also been successful.

Given some of the trials and tribulations that spring planting posed this growing season, I fully expect that late summer seedings will be in vogue for 2015.

Persistence now a part of alfalfa cutting equation Next