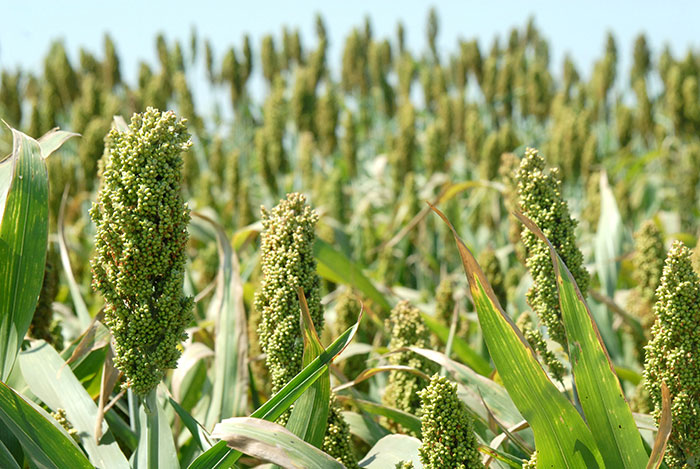 Forage sorghum, usually thought of as a Southern crop, has gained traction in the North during recent years. On some dairy farms, it’s being used for both heifer and/or milking cow feed.

Forage sorghum has been a good fit on farms since it can be planted between the spring harvest and fall planting of winter cereals. Input costs are less than corn, yet yields can be competitive.

Tom Kilcer, a crop consultant and researcher based in Kinderhook, N.Y., has been experimenting with forage sorghum the past several years. In a recent issue of his company’s newsletter, Kilcer discussed his 2016 research experience with the crop in terms of the good, the bad, and the ugly brought by last year’s growing season and forage sorghum’s capacity to withstand periods of cold and drought.

In spite of extended drought conditions in northern New York, sorghum was able to recover once rain returned and yielded more than corn planted at the same time. Kilcer reported that one of his trials yielded 23.5 tons per acre of silage at 35 percent dry matter while his other site checked in at 26.8 tons per acre. Forage quality had yet to be determined.

Forage sorghum was planted after soil temperatures reached 65°F; one site was planted May 25 and the other on June 3. A cold snap accompanied by a frigid rain several days after the second planting resulted in night low temperatures near 40°F. The June planting, which had not yet emerged, never did and chilling injury caused 98 percent stand loss. The trial was replanted on July 8.

Extremely dry soils persisted through June and most of July. Said Kilcer, “When the plants were very small, they struggled to find water as the top 8 inches of soil was flour dry.” Plant densities suffered, though prolific tillering kept yields respectable.

With the dry conditions, Kilcer observed that a firm seedbed is critical for optimum sorghum seed germination and emergence. He also said that his past two years of research have confirmed the importance of seeding sorghum in rows narrower than 30 inches to obtain high yields. A narrow row spacing maximizes sunlight interception, aids in weed control, conserves moisture, and minimizes soil erosion.

Hold the water late, not early Next