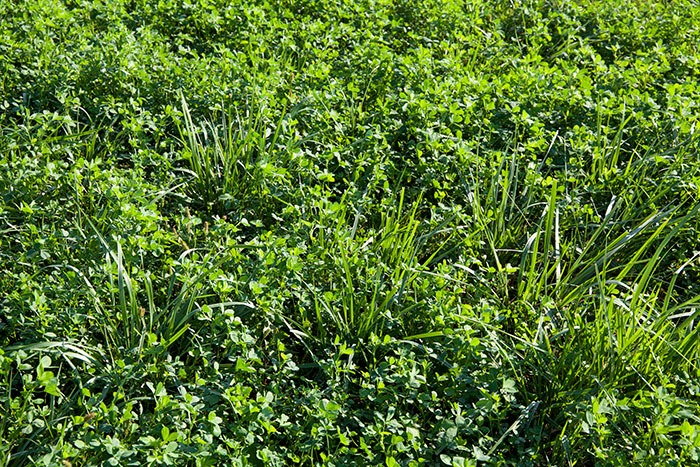 “We are very different than most other places in the United States.”

That was the assessment of Jerry Cherney, a forage specialist and researcher with Cornell University, as he addressed hay producers from across the country at the National Hay Association’s Convention in Canandaigua, N.Y., last week.

The “different” Cherney referred to was the composition of alfalfa stands.

A few years ago, Cherney surveyed crop consultants in the Empire State and found that over 85 percent of the alfalfa sown in New York is done so in combination with a perennial grass. 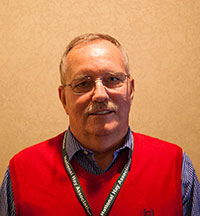 From contacting colleagues in other U.S. regions, he estimates that alfalfa-grass mixtures are something less than 10 percent of all seeded alfalfa. He noted that northern Pennsylvania and New England are probably similar to New York in their preference for mixed stands.

“The most important reason that we do more alfalfa-grass is suboptimal soil drainage,” Cherney explained. “Our winter weather is another issue. About every other year it’s common for alfalfa to break dormancy in the middle of January and this adds stress to our stands,” he added.

Both farmers and nutritionists in New York have a comfort level with feeding alfalfa-grass mixtures. “Our feeding trials, as well as those from the University of Wisconsin, indicate that we can get the same or better milk production with mixtures,” Cherney said. “In addition, as long as soils have good fertility, we have always found alfalfa-grass mixtures outyield straight alfalfa almost every time.”

Given that alfalfa-grass mixtures are a mainstay in New York, it stands to reason that a key decision centers on which grass species to plant. According to Cherney, the answer to that question has changed through the years.

“I’d been telling producers for the past 10 years that the best grass to seed with alfalfa was improved tall fescue,” Cherney said. “Now, about 20 to 30 percent of our mixtures are tall fescue.”

In assessing other grass options for alfalfa mixtures, Cherney noted that he and Mike Casler, a grass breeder at USDA’s Dairy Forage Research Center in Madison, Wis., have been working the past 10 years on a sparse-heading orchardgrass variety. One of the problems with orchardgrass is that it heads out long before the alfalfa is ready to harvest and the quality of the mixture suffers.

“Orchardgrass loves the Northeast,” Cherney said. “We’re now down to seeding 1 pound of seed per acre and still often get way too much orchardgrass in our mixtures. I guess we’re going to have to go down to 1/2 pound per acre for a seeding rate,” he chided.

Cherney emphasized the importance of assessing alfalfa-grass mixtures to make informed harvest decisions and reviewed some of the options available for doing this.

“Taking scissors-cutting samples and sending them to the lab generally doesn’t work well with mixtures because of stand variability,” Cherney said. “You would have to take a lot of samples to get an accurate estimate.”

Another approach is to submit samples to Dairy One Laboratory (Ithaca, N.Y.). Using an NIR equation developed from samples provided by Cherney, growers can get an accurate estimate of the percent grass and alfalfa in their forage mixtures. This approach works well for samples taken at or following harvest.

“What we really want is an estimate before harvest,” Cherney said. “We’re currently in the process of perfecting an artificial intelligence system whereby you can take a picture of the stand with your cellphone, send it off to a web-based platform, and then it will tell you the alfalfa percentage, mixed-stand neutral detergent fiber (NDF), and estimates the optimum harvest date,” he noted.

“Multiple photos of the stand are needed and the program automatically averages the results. This exists on the web right now, but the cellphone app still needs tweaking,” he explained. Cherney noted that if the percent of stand components is known, they now are able to accurately estimate NDF and optimum harvest time.

“Knowing the grass percentage in mixed stands gives you the option to order your fields for first cutting harvest,” Cherney said. “You want to harvest the ones with the highest grass percentage first and the lowest last.”

When evaluating forage quality, Cherney points to NDF digestibility (NDFD) as the most important metric to assess. Research repeatedly has found that a 1 percentage unit rise in NDFD translates to a 0.5-pound per cow per day bump in milk production. This response may be closer to 1 pound per head per day for high-producing cows.

“Unfortunately, grass fiber digestibility declines at twice the rate of alfalfa,” Cherney said. “For this reason, we have to focus on the grass to achieve optimum forage quality.

“For alfalfa, if you’ve got 60 percent grass or less, harvested forage quality (fiber digestibility) will significantly change, depending on what alfalfa variety you select. If we turn around and look at the grass, anything above 15 percent in the stand and your choice of grass species will result in a significantly different fiber digestibility and change your milk production.”

Cherney went on to explain that if you take any grass, regardless of species, and add 5 percent into an alfalfa mixture, that will boost the NDFD 1 percentage unit. In other words, as low as 5 percent grass in a mixed stand significantly changes the fiber digestibility of the harvested forage. This occurs because grass has a much higher NDFD than alfalfa.

Cherney noted that with the new reduced-lignin alfalfa varieties, the claim is that you can delay alfalfa harvest about one week and get the same forage quality you normally would with the earlier cutting date. “This benefit keeps going down as you have more grass in the stand, Cherney said. “For example, if you have 40 percent grass, then the advantage is reduced to a three-day delay,” he added.

“If only the Northeast is routinely seeding alfalfa-grass mixtures and the rest of the country is mostly pure stands, there must be a downside,” stated Cherney. “Getting and keeping 20 to 30 percent grass in a stand is by far the biggest challenge.”

Cherney explained that there are many factors that impact the alfalfa-grass ratio. Before planting, things like soil drainage, soil pH, grass species, seeding rate, soil compaction, and seeding date influence the relative percentage of alfalfa and grass.

After planting, soil fertility, stand age, cuts per season, and stubble height will dictate the percentage of stand components.

To cite an example of this challenge, Cherney said he has seeded meadow fescue the past three years. The first year he got about 5 percent grass the seeding year. He cut back the seeding rate this year and got 80 percent meadow fescue. “This was a wet spring and summer, greatly favoring grass growth,” he explained.

“Somehow we have to get to where we can have more consistency,” Cherney concluded.

Leaves: The key to quality forage Next