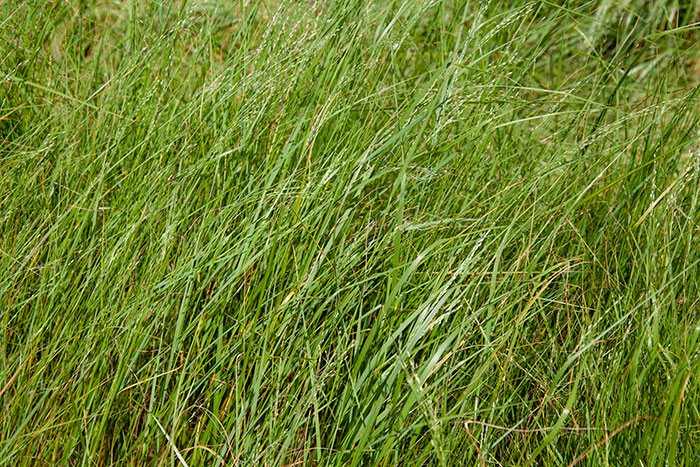 Natalie Shaw was working as the equine specialist for a major livestock nutrition company when she asked Steve Fransen what needed to be done to boost the supply of available teff grass hay for horse owners in the Pacific Northwest.

“That’s a good question,” replied the Washington State University forage specialist. “You should study that.”

A month later, Shaw found herself enrolled at Washington State to get her master’s degree and, in the process, determine the best practices needed to produce teff grass that was low in nonstructural carbohydrates (NSC). 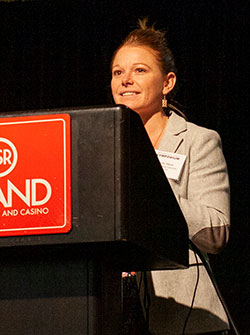 With each passing year, I was getting more and more frustrated working with horse owners who had horses with diseases caused by obesity,” said Shaw to attendees at the Western Alfalfa & Forage Symposium in Reno, Nev. “Too many horses were being diagnosed with ailments similar to human diabetes, and it’s because of the way we manage horses.”

Shaw explained that horses are being urbanized by being kept in stalls and getting minimum exercise. Equine obesity has become a huge problem with 24% of the U.S. horse population being overweight.

“Laminitis of the hoof is the primary disease that is impacting horses that are consuming high-carb diets,” Shaw said. “It’s the Number 2 reason why horses are euthanized in the U.S., and one out of five horses are at risk for this hoof disorder.”

Shaw’s interest in teff grass lies in the fact that it is much lower in NSC than traditional cool-season grasses fed to horses such as timothy and orchardgrass.

Teff grass is a warm-season annual that has thin stems and shallow roots with an open seed panicle. It’s very sensitive to frost. In the Pacific Northwest, it’s planted late May to early June and then harvested about 45 days later. Generally, two cuttings are taken, although some years allow for three.

“We’re finding that teff will bring a premium price in the horse-hay market. For teff that is testing less than 10% nonstructural carbohydrates, the median price from 2016 to 2018 was $240 per ton. For producers I work with, my goal is to get them at least $250 per ton,” she added.

But to meet the growing demand for low-carb hay, Shaw noted that it will require a different mindset on forage quality. For generations, haymakers have been trying to maximize carbohydrates to optimize digestibility and energy. That can’t be the goal for a nonworking horse. This is why teff grass makes sense for horses.

“We want hay that is low in mono- and disaccharides,” Shaw explained. “Overall, nonstructural carbohydrates need to be less than 10%. It’s extremely difficult to get to that number year after year and cutting after cutting. You have to test for NSC; there’s no way to know just by looking at it.”

The most important factor she found for producing low-carb teff hay was nitrogen fertilization.

“If you don’t invest in nitrogen, it’s not going to be palatable to horses,” Shaw said in summarizing her research. “If no nitrogen is applied, the plant will actually have a higher NSC concentration at harvest. We found that 50 to 60 pounds of nitrogen per acre was the sweet spot. That amount needs to be applied at each cutting,” she added.

Shaw also found that maturity was important. Harvesting teff at early heading was noted as a good yield-quality compromise from a carbohydrate perspective.

When is the best time to cut teff grass?

The equine specialist said that her research showed it’s before noon, as NSC concentration rises in plant tissues through the afternoon and early evening hours.

“These three factors — nitrogen, plant maturity, and time of day — were most important in harvesting low-carb teff hay,” Shaw said.

In time, variety selection may also be important when more information is known. Shaw tested four varieties and noted that one of them was significantly lower than the others in NSC. She said that her results may vary by location, but there is potential in developing varieties with even lower levels of NSC.

• Planting date: late May to mid-June

• Fertilization: 50 pounds per acre of nitrogen per cutting

• Harvest at early heading and before noon only

• Package in small bales and tarp

Grasses are talking: Are you listening? Next