There's no such thing as a free nitrogen lunch 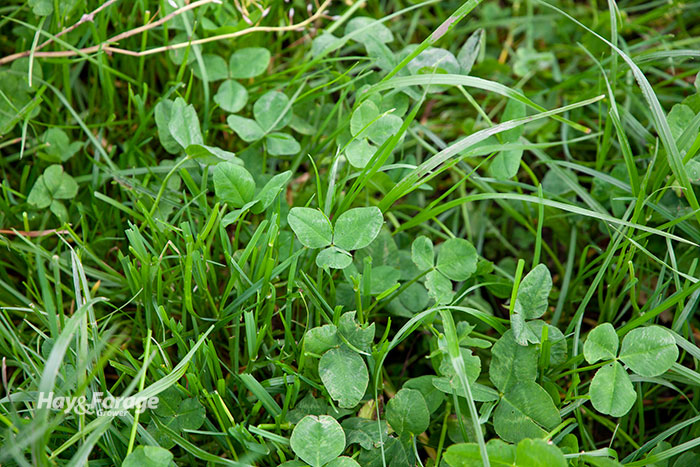 Every forage producer knows that legumes provide a source of nitrogen for grasses that either grow with them or after them. Depending on the legume density, the amount of nitrogen made available can range from 50 to 200 pounds per acre.

"Even though many people believe that legumes release free nitrogen fertilizer into the soil for use by companion grasses in the mixture, this is simply not true," writes University of Arkansas Extension Forage Specialist John Jennings in a recent edition of Animal Science E-News.

Jennings explains that legumes don't freely share their nitrogen with grasses, which would create more competition and threaten legume plant survival. Rhizobia bacteria have a symbiotic relationship with the legume plant and fix nitrogen in the root nodules, using atmospheric nitrogen as a source. The plants provide carbohydrates to the rhizobia from photosynthesis. All in all, it’s an expensive physiological process for both the plant and the bacteria.

"It is important to note that the root nodules are the nitrogen factory, but not the warehouse," Jennings explains. "Research in Texas showed that up to 90% of legume nitrogen is in the top growth."

So, if fixed nitrogen is mostly in the legume top growth, and it is not freely shared with companion grasses in the stand, how do grasses access the nitrogen?

Jennings notes that by far the largest pathway for nitrogen transfer is by cycling the plant material through grazing animals. As much as 80% to 90% of the ingested nitrogen is excreted in urine and feces.

"About 50% of the nitrogen in the urine is lost through volatilization," Jennings says. "So, the system is somewhat leaky, and not all the fixed nitrogen is captured in the soil."

Only about 20% of the pasture area is covered by manure or urine spots during the course of a year. Rotational grazing improves nitrogen distribution over the pasture. Manure and urine tend to be more concentrated near water and shade when low stocking rates or continuous grazing systems are used.

Sans grazing animals, nitrogen transfer shifts to a different mechanism in hayfields. In this case, nitrogen is released through plant decomposition.

Jennings explains that as plants are cut and harvested for hay, roots begin to die back and nodules are sloughed off. Plant maturity and damage also results in desiccated leaves and dead plants. Over time, nitrogen is released as plant parts decay.

“This pathway can be a significant nitrogen source where bermudagrass is overseeded with annual legumes,” Jennings writes. “A Texas study showed that a combination of winter annual clovers overseeded in bermudagrass yielded as much dry matter as bermudagrass fertilized with the equivalent of 113 to 142 pounds per acre of nitrogen.”

When nitrogen fertilizer or manure is applied to legumes, this disrupts the nitrogen fixation process. Nitrogen fixation ceases or is reduced because, if given a choice, legumes will use free nitrogen from other sources. However, grasses are more competitive for nitrogen than legumes.

“Legumes generally have horizontally oriented leaves whereas grasses are more vertically oriented,” Jennings explains. “As grasses grow taller due to added nitrogen, they shade the legume plants. Heavy shade also reduces nitrogen fixation rates. So, adding nitrogen does not have a direct negative impact on the legume plant, but the net effect is increased competition from the grasses, which crowds the legumes from the sward.”

Legumes are valuable in livestock systems; they improve the forage quality of a grass-legume mixture and provide a substantial amount of nitrogen through fixation. However, Jennings reminds producers that growing forage with contributions from nitrogen fixation is a process, whereas growing forage from nitrogen fertilization is a one-time event.