The alfalfa watch is on 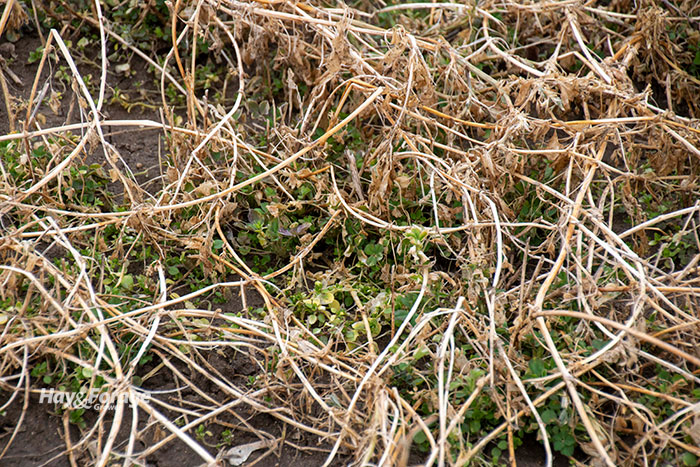 For those of you who live in regions where lakes become drivable landscape during the winter, it’s now time for the spring alfalfa watch to begin.

Obviously, the desired outcome is where everything is green and growing. There is also the opposite situation where brown predominates. Although vastly different, both outcomes make for easy decisions regarding the fate of the field in 2021.

There are many situations each year when an alfalfa stand falls somewhere between green or brown. This is when decisions become more difficult because there are multiple shades of winter injury.

Don’t be too hasty

Perhaps one of the more important lessons to be learned when evaluating alfalfa stands for injury in the spring is to check stands more than once before issuing a final prognosis. Sometimes, plants will begin to green up and grow but later die off. This can be caused by numerous factors including low root carbohydrate reserves, severe frost injury, or disease.

• Slow green up: One of the most evident results of winter injury is that stands are slow to green up. If other fields in the area are starting to grow and yours is still brown, it’s time to check those stands for injury or death.

• Asymmetrical growth: Buds for spring growth are formed during the previous fall. If parts of an alfalfa root are killed and others are not, only the living portion of the crown will give rise to new shoots, which results in a crown with shoots on only one side.

• Uneven growth: During winter, some buds on a plant crown may be killed and others may not. The uninjured buds will start growth early while the killed buds must be replaced by new buds formed in spring. This will result in shoots of different height on the same plant, with the shoots from buds formed in spring being noticeably shorter than the shoots arising from fall buds.

• Root damage: The best way to diagnose winter injury is by digging up plants (4 to 6 inches deep) and examining roots. Healthy roots are firm and white in color with little evidence of root rot. Winterkilled roots have a gray, water-soaked appearance in early spring, just after soils thaw. Once water leaves the root, the tissue becomes brown, dehydrated, and stringy.

If the root is soft and water can be easily squeezed from it, or is brown, dry, and stringy, it is most likely winterkilled. Also, if more than 50% of the root is blackened from root rot, the prognosis for long-term productivity is highly questionable.

Winter-injured stands are often more difficult to evaluate from the standpoint of what to do next compared to winterkilled stands. It often comes down to accepting something less than full-yield potential but more than what might be obtained from a new seeding.

Cutting management for winter-injured stands needs to be somewhat more conservative than for healthy stands. Some forage agronomists suggest delaying first-cut until early flowering and cutting fields higher than normal.

Economic studies have demonstrated that it usually doesn’t pay to keep an alfalfa stand for only one cutting and then plant an annual crop such as corn. It’s better to terminate the alfalfa stand and take the additional yield from the earlier planted annual crop.

Get the most out of high-priced nitrogen Next