If you stockpile, then do this 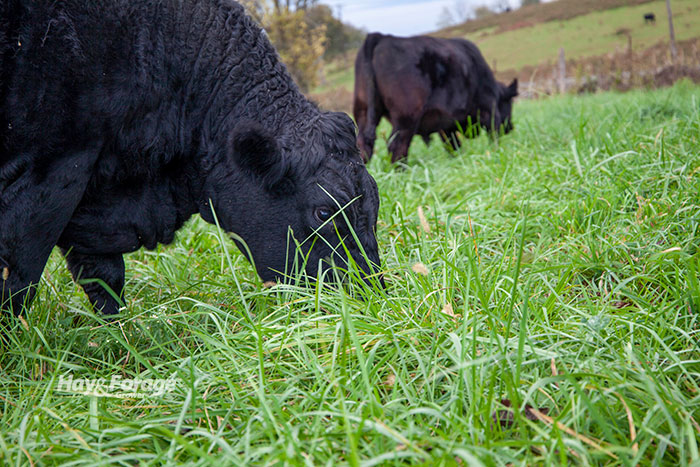 Stockpiling forage for late fall and winter grazing has rightfully become a widely accepted practice. It’s not difficult to find producers “border-to-border and coast-to-coast” employing this practice, although the type of forage may differ.

To get full benefit from stockpiled forage, regardless of species used, it’s also universally accepted to strip graze rather than just open a gate to the wide-open spaces. One often-cited Missouri research trial found that giving cows enough forage for three days instead of 14 days resulted in a 40% boost in grazing days per acre.

Using strip grazing can result in forage utilization values of over 80%, not counting a 3-inch residual. Achieving such efficiency levels will help keep a lot of purchased or produced hay from being fed.

As a general rule, warm-season grasses or mixed-legume stands need to be strip-grazed first. These forage types tend to lose quality fastest after several killing frosts.

Tall fescue, although it will lose some quality through the winter, seems to hold up the best. As when strip grazing is used during the summer, the practice nearly eliminates animal selectivity.

Strip grazing takes some planning. It works best to start closest to the water source and then work across the field. Set up posts and polywire (or a fence wheel) across the field to allocate enough forage for one to three days. The shorter the time allotment, the higher the forage utilization will be. Nutrient spreading from manure will also be more uniform.

With no additional growth in the winter, most producers do not utilize a back fence to keep cattle off previously grazed areas. This also allows animals to utilize a single water source.

As many beginning strip grazers have learned by experience, it is a good idea to set a second polywire for the next move ahead of the current one. In other words, as one length of polywire comes down, there should already be another one in place.

Given the modern state of fence technology, putting up and taking down a strand of polywire requires a relatively small amount of time. The economic return in terms of much greater forage utilization and grazing days is hard to dispute. It also offers the opportunity to keep a close eye on cattle during the winter months.