Prepping for the winter pasture season 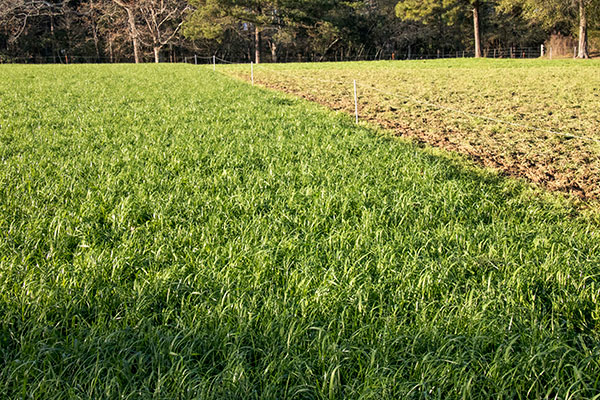 Though the dog days of August still plague many parts of the United States, the winter pasture season is just a short trip down the road.

James Rogers, assistant professor at the Noble Foundation in Ardmore, Okla., encourages producers to start the planning process now. “The first step is to get seed varieties selected and sourced,” he says. Rogers notes in the Noble Foundation’s Ag News and Views newsletter that the institution’s variety trial data show cereal grain forage yields are 2,000 pounds more per acre today than in the mid-1960s when trials were begun. He attributes the improvement to better genetics and higher nitrogen rates.

“New varieties are released for a reason; they outperform the older ones,” Rogers says. “If you have planted the same variety for a number of years, take a look at some new ones.”

Rogers encourages producers to plant seed of known quality. “Planting poor-quality seed can lead to disastrous results, even if you do everything else right,” he says. “Be sure your seed has been tested for germination and vigor, then adjust seeding rates accordingly.”

Soil testing is next on the preparation checklist. “Soil testing has been around for more than 60 years, but only a little more than half of our stocker producers use it,” says Rogers. The results of a soil test may influence your variety selection, as some varieties are more tolerant of acidic soils than others. Correcting nutrient deficiencies is also needed to help the crop reach its full yield potential.

The Noble Foundation establishes several hundred acres of cereal pasture each year. All of their acres are graze-out cereals rather than being used for both pasture and grain. They recently completed their cost budgets for both reduced-till and no-till establishment. The total cost for wheat plus ryegrass pasture using no-till was estimated at $192 per acre; reduced till was $14 more.