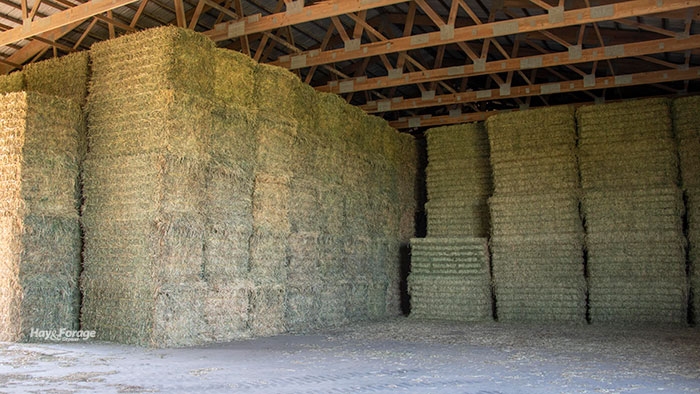 Although there was some speculation that there would be major adjustments from August, that was not the case.

USDA made no adjustment to alfalfa acres for any state from August to October. These will be made in the January summary report. It did drop the U.S. yield of dry alfalfa hay acres by 0.02 tons per acre, which lowered total production by 343,000 tons (less than 1%).

Drilling down, some of the major alfalfa hay-producing states with a significant change in yield projection from August were: 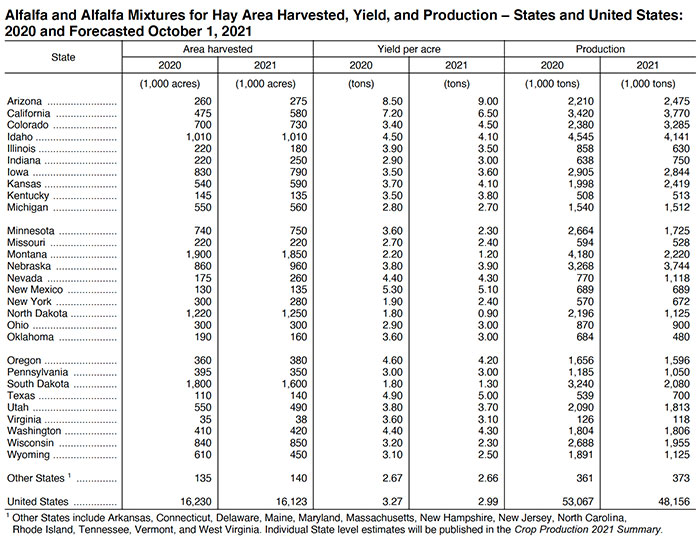 Like alfalfa, grass hay (hay other than alfalfa) acres were not changed from August. The U.S. average yield for grass hay was raised by 0.04 tons per acre to 2.04. This resulted in a total production increase of about 1.4 million tons, or 2%. 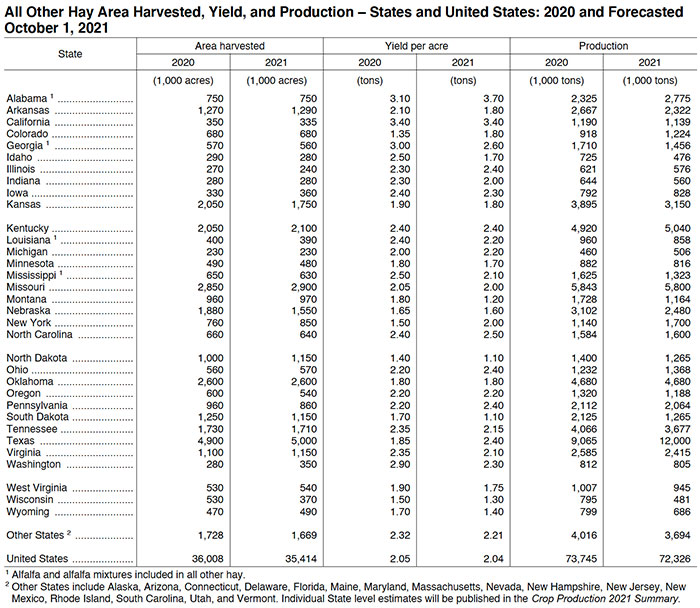