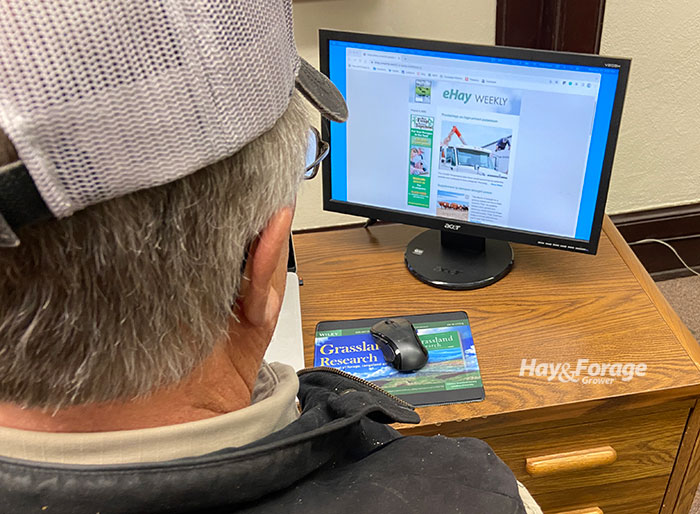 It’s been another year of ups and downs on farms and ranches. If you weren’t locked in on eHay Weekly every Tuesday morning, here’s a list of the 10 most popular articles that filtered through your inbox over the past 12 months. The topics are varied, ranging from broomsedge to frost seeding to a perennial favorite — custom farming rates. Looking ahead to 2023, we will once again strive to bring you relevant forage production, storage, utilization, and marketing information each week. Thanks for your readership and we wish you a healthy and prosperous new year.

Even the same grass variety will perform differently when grown in different environments. This is why it’s best to make selections based on performance within your own state or area. Also, some grasses are better suited for alfalfa mixtures than others.

Be smart when buying and selling hay . . . February 8

Indiana hay producer Brock Kiesler shares some tips and tricks for marketing hay off the farm.

Our annual look at available custom farming rates once again makes its appearance on the Top 10 list. Input costs had a big impact in 2022.

Getting too much rain at inopportune times or not getting enough rain often determines the level of a haymaker’s success during any given growing season.

There are some plants that speak to us simply by being present. Broomsedge is one of them.

These days, fertilizer prices are in the stratosphere compared to years gone by. This puts the fertilizer value of straw at record levels as well. In fact, the value has doubled compared to a couple of years ago.

Transform a poor pasture into a good one . . . November 29

Josh Callen explains the uniqueness of hay markets and its players.