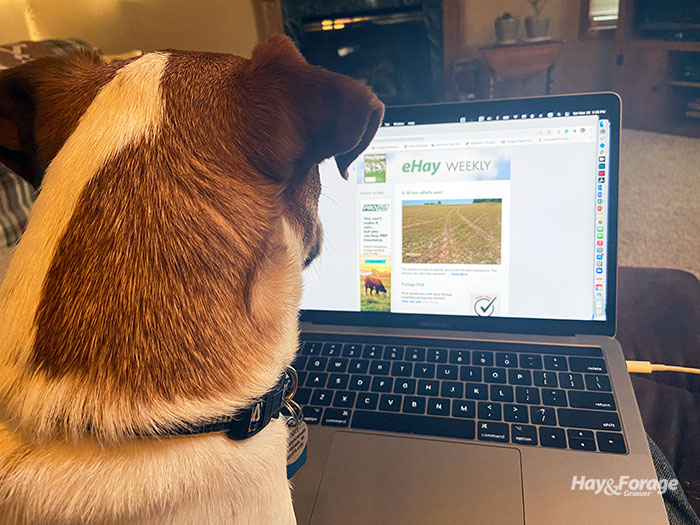 This past year was a roller coaster of highs and lows on so many levels. Just in case reading eHay Weekly wasn’t front and center on your “to do” list every Tuesday morning, here’s a chance to catch up with the 10 most popular articles that came through your inbox over the past 12 months. Looking ahead to 2021, we will once again strive to bring you relevant forage production, storage, utilization, and marketing information each week.

Custom farm operations: What to charge?

Our annual look at available custom farming rates once again makes its yearly appearance on the Top 10 list. March 24

Among the lows of 2020 was the passing of Keith Bolsen, who spent much of his adult life teaching, mentoring, and researching at Kansas State University. He also was a strong advocate for silage safety. This was our brief tribute to his life and mission. June 30

Small grain straw is no longer a waste product to be burned or plowed under. It has reached valued commodity status as a feedstuff in many dairy rations. More and more haymakers are taking advantage. July 7

Oats are becoming a popular choice as a high-quality, fall-grown forage crop. This article examined its potential benefits and best management practices for getting the most out of this late-season cereal. July 14

Most of the glory goes to the cutter and the baler. However, in between those operations you’ll often find the hay rake, which can have significant ramifications on the yield and quality of the crop. July 21

Seeding alfalfa in the late summer or fall is the norm in some regions of the United States. That’s not the case in others, but there are many situations where late-summer seedings fit well into Northern crop rotations. July 28

It grows from coast-to-coast and border-to-border. Red clover is a versatile, easy-to-establish forage legume that we often do not give its due credit as a species that can be mechanically harvested or grazed. August 18

Breathable wrap, or “B-wrap,” can’t be matched when it comes to storing round bales outdoors. Researchers at the University of Minnesota confirmed its worth in a recently completed study. October 20

University of Wisconsin Agricultural Engineer Kevin Shinners makes a good case for moving from a 3x3 to a 3x4 baler if you harvest more than about 700 tons annually. December 22